Pakistan: Zoo animals suffer from continued neglect | Asia | An in-depth look at news from across the continent | DW | 02.12.2021 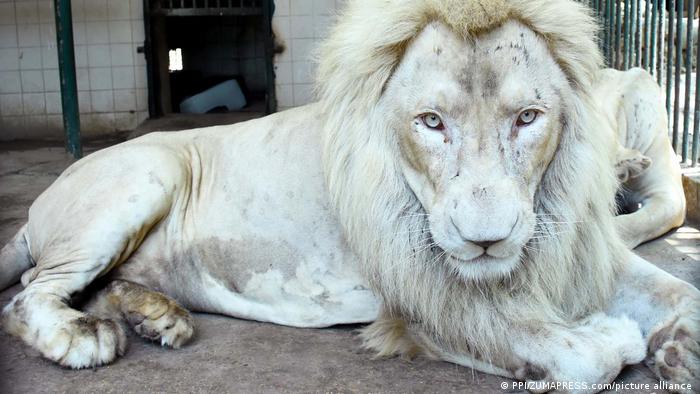 A white lion, similar to the one seen here, died at a Karachi Zoo last month

On November 24, a 15-year-old white lion died at a zoo in the Pakistani city of Karachi after succumbing to a tuberculosis infection.

After the lion's death, Pakistani animal rights activists said the lion died due to negligence from zookeepers. Soon after, the Karachi Municipal Corporation (KMC), which runs the Karachi Zoo, dismissed its director.

Conditions at the zoo had already drawn negative attention a week before the lion died, when videos of what looked like an underfed lion living in unhygienic conditions circulated on social media.

World Wildlife Fund (WWF) Pakistan's senior director, Rab Nawaz, said the lion's death appeared to be a case of negligence. He told DW the sick lion should have been kept in quarantine, adding that the zoo lacked resources, veterinarians and trained staff to care for it.

Isma Gheewala, a Karachi-based vet, told DW the medical needs of animals at the zoo are not being met. She said the zoo does not receive enough funding, with 70 to 80% of their budget going to salaries and food.

"They have to rely on donations and cannot hire more staff, which is very important," she said.

The Karachi Zoo did not respond to DW's repeated requests for comment.

Covering 33 acres, the Karachi Zoo is one of the largest in Pakistan. However, it suffers from staff shortages. It can take more than an hour to clean a large animal, and with hundreds living at the zoo, the skeleton staff struggles to keep up. 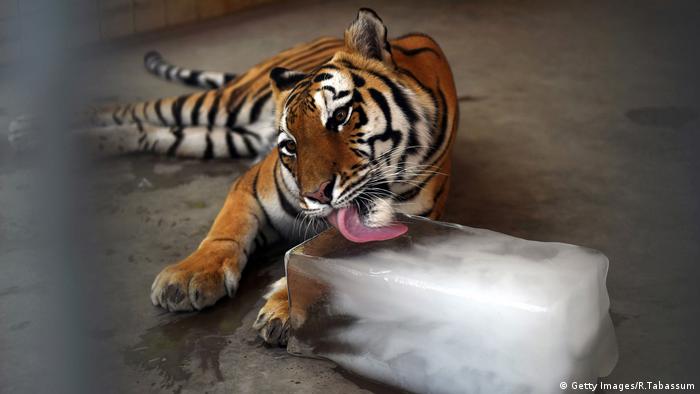 Amjad Mehboob, a contractor who supplies animal feed to the zoo, told DW he has not been paid since February, and has threatened to discontinue supplying the zoo if payments continue to be delayed. He said the zoo has promised to pay the money this month.

Despite the lack of payment, Mehboob has yet to discontinue supplying feed to the zoo, because he does not want the animals to suffer. However, he admitted that it was hard for him to keep the supplies steady.

Animal rights activists have been concerned about the well-being of animals at Karachi Zoo for some time.

Owais Awan, an Islamabad-based animal activist and lawyer, told DW that a top concern is the lack of veterinarian checkups being done at Karachi Zoo.

During a visit earlier this year, he noticed some of the elephants behaving strangely. He asked zoo officials to carry out an examination of the animals, but said those requests were ignored.

Awan said he had to approach the local high court, which then ordered a veterinary examination of four African elephants at the zoo, and at the nearby Safari Park. The zoo insisted on bringing in a local vet for the examination, but the court appointed a foreign organization. On Sunday, a team of experts arrived. Among them was Frank Göritz, lead veterinarian at Leibniz Institute for Zoo and Wildlife Research in Berlin, who made the trip on behalf of the Austria-based animal protection organization Four Paws.

He told DW the purpose of the visit was to examine and potentially diagnose the four elephants.

Thomas Hildebrandt, from the veterinary medicine department at the Freie Universität in Berlin, told DW that some of the elephants the team examined had signs of edema on their bellies.  He said the animals need better food and care.

Following their visit to the Karachi Zoo and Safari Park, the expert team submitted a report with the Sindh High Court on Tuesday. It said both elephants living at Safari Park suffer from severe food problems while elephants at the Karachi Zoo have dental issues that require attention.

The experts recommended that better conditions and regular checkups be provided to the animals. However, with funding unlikely to come from Pakistan's cash-strapped coffers, it is unclear where the zoos will find resources for improved conditions.

Shah Fahad contributed to this report.