Investigators have arrived at the scene of the plane crash that killed 47 in Pakistan. The passenger jet was en route from Chitral to Islamabad when it went down on Wednesday. 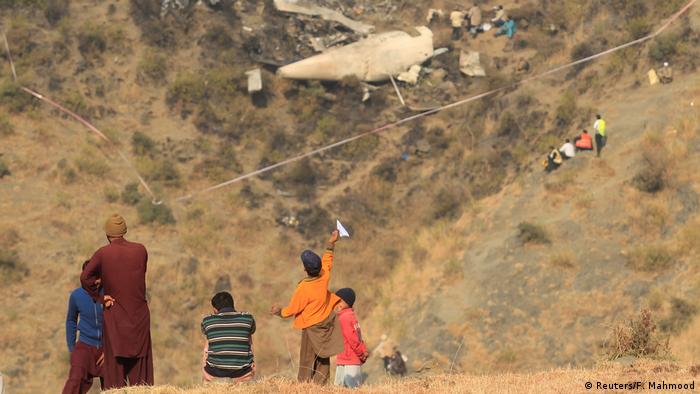 The Pakistani military is using helicopters to transport the victims' bodies from the remote mountainous area to Islamabad, a hospital official told the AFP news agency on Thursday.

Authorities in the Pakistani capital will use DNA testing to identify the victims, he added.

The twin-propeller plane hit the hillside after one of its engines reportedly failed, with the pilot sending out a Mayday call before the aircraft disappeared from the radar some 50 kilometers (31 miles) from its destination. Locals reported that the aircraft was on fire before impact. 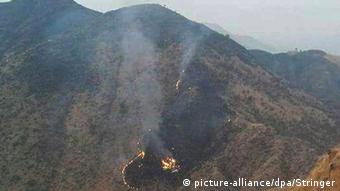 Local villagers helped retrieve the bodies from the remote hillside

"The villagers told us that the plane was shaky before it crashed," a senior rescue official on the site said. "It was about to hit the village but it seems that the pilot managed to drag it towards the hills."

Parts of the wreck remained on fire hours after the crash, causing serious burn damage to the bodies and making conventional identification difficult. However, the authorities have so far managed to identify six of the victims through fingerprints, a medical official said.

Investigators were on the scene of the crash and have started looking into the incident, according to Pervez George, the spokesman for Pakistan's Civil Aviation Authority. 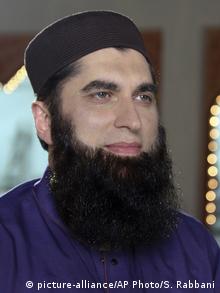 The plane's black box recorder has been found at the site, PIA chairman Azam Sehgal said on a press conference on Wednesday, adding that the nine year old ATR-42 plane passed a detailed inspection in October.

"I want to make it clear that it was a perfectly sound aircraft," Sehgal said.

"I think there was no technical error or human error," he added.

Two Austrians and one Chinese national were listed on the manifesto. The airline also confirmed that Junaid Jamshed, Pakistani pop star turned Muslim preacher, was on the doomed flight with his wife. The news prompted an outpouring of grief on social media.

Pakistan International Airlines has said that a domestic flight has vanished from radar screens in the north of the country. Witnesses reported seeing the plane on fire before it hit the ground. (07.12.2016)