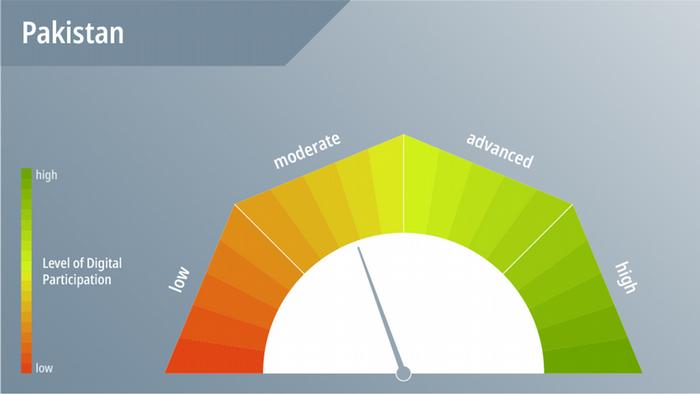 The overall level of digital participation in Pakistan: moderate

Despite recent improvements, Internet penetration is still extremely low in Pakistan. Infrastructure is poor and costs are high. And amidst a drawn-out campaign against terrorism, the Internet is prone to shutdowns, censorship and surveillance. But with three in four Pakistanis using cellular phones, mobile Internet services have the potential to create myriad new opportunities for a massive 150 million subscribers. Enormous potential for digital participation initiatives, commercial as well as community-led, thus remains untapped in Pakistan. The major stumbling block in the path of broad and inclusive Internet participation in the country is the lack of e-commerce infrastructure. In the absence of online payment services such as PayPal, there are practically no viable business models for independent journalists and programmers, local digital civic innovation initiatives, or even large media organizations to invest in connecting more and more citizens to the Internet. This is having a profound effect on the political economy of digital media in Pakistan.

Media houses do not find way to create digital content 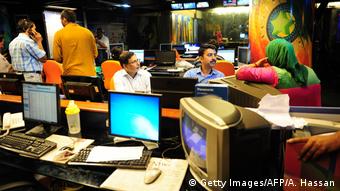 The absence of viable revenue models means that digital participation projects are not a significant part of an otherwise burgeoning innovation ecosystem in Pakistan. Traditional media organizations are not incentivized to invest in new ways of doing journalism, and universities do not have the capacity to carry out civic innovation research. With no expectation of a return on investment, no private investment in such research is taking place. Similarly, media houses do not anticipate short-term returns in making such an investment, and the startup incubators that have popped up in large cities also discount the feasibility of online journalism or civic innovation projects. Journalists are not trained to use digital tools at university or in their workplaces, and marketing departments do not have the capacity to find ways of extending traditional advertising into digital projects. The few journalism startups that have been able to make the jump are largely producing content that can only be categorized as infotainment. Because of this lack of investment in innovation and human capital, the quality of the digital content produced by these new journalism startups is largely poor and the distribution remains limited to popular social media platforms. Even large media organizations have not found ways to create digital content or reach out to citizens through the Internet, as their business models are still heavily dependent on producing content for television. They simply dump content from newspapers and television on the Internet. 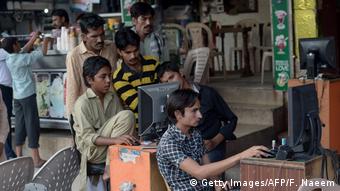 In the past, the digital sphere was mostly unregulated and therefore provided a respite from state censorship, as well as the commercial and political pressures faced by traditional print and television media. But before journalists and citizens could find sustainable ways to exploit the opportunities of the Internet, a state apparatus — largely driven by a desire to enforce state security — began to regulate speech online. Thesenew laws will be a welcome protection against online harassment and hate speech (whose perpetrators have thus far also operated online with impunity), but they also guarantee greater surveillance and censorship of dissidents and minorities sidelined by the mainstream media.

The vague laws for the prevention of electronic crimes criminalize any speech that is “against the glory of Islam, against the integrity, security and defense of Pakistan, public order, contempt of court, against decency or morality and incitement of any offices.” These poorly defined terms have been used to target journalists as well as political activists; the Pakistani government has sent more content removal requests to Facebook in the first six months of 2018 than any other country in the world. The country’s draconian blasphemy laws have also been applied to online speech. The government has urged citizens to report on one another. Convictions under these laws have included a death sentence for a man who engaged in a religious debate with an undercover law enforcement agent. Four bloggers believed to have been abducted by the intelligence services in 2017 also faced a vicious online campaign falsely accusing them of blasphemy. Journalists are often targeted by troll armies organized by political parties. Websites are blocked without reason by a regulatory authority that has so far avoided mandated parliamentary oversight. Challenging the regulatory authority's decisions in court is an expensive ordeal that can take up to several years to resolve. Some digital rights groups have contributed positively, by providing research, education and even direct legal help to citizens, but they have not been able to persuade the government to legislate data protection and net neutrality laws.

Regulations thus do little to protect the digital rights of citizens, or encourage the participation of marginalized groups, and instead promote unfounded accusations of blasphemy and treason against political opponents. Religious minorities are thus especially open to abuse. Women also disproportionally face online harassment and gendered online surveillance — in addition to the traditional social pressures that limit their participation in the public sphere. As popular online platforms begin to cooperate with the government, unpopular opinions are becoming harder and harder to express online. Professional journalism is unable to provide a counterbalance, as the quality of available content and the methods of distribution remain poor in the absence of innovation, training and viable revenue models.

Thus, the same issues that have held back the television-dominated media industry — state censorship, pressures by political groups, the business interests of advertisers and threats by extremist elements — also limit speech on the Internet. New ways of increasing digital participation will require sustainable business models, all of which are dependent on the development of electronic payment systems in Pakistan.

The #speakup barometer is a DW Akademie project that examines the connection between digital participation, freedom of expression and access to information. Our method consists of a thorough analysis based on expert interviews in five thematic areas: Access, Digital Rights, Media and Journalism, Society and Innovation. Learn more at www.dw.com/barometer