Pakistan: How 'blood money' laws allow murderers to be pardoned

Medical student Asma Rani was shot and killed in 2018. But Pakistan's forgiveness laws might allow the convicted murderer to walk away from his sentence. 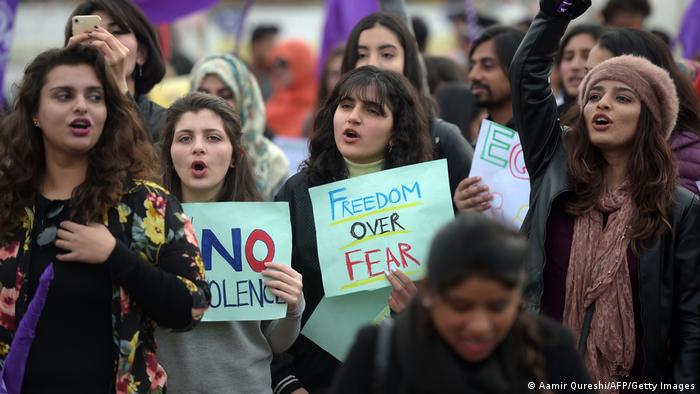 In January 2018, Asma Rani, a medical student in her third year, was on a semester break in her hometown of Kohat in the province of Khyber Pakhtunkhwa. Asma and her sister-in-law were on their way back to their house when two men opened fire. Three bullets hit Asma.

Before her death, she identified her attacker as Mujahidullah Afridi, a man from the same city whose marriage proposal she had refused.

A manhunt was launched against Afridi, who had fled the country shortly after the attack. He was arrested in the United Arab Emirates, extradited and tried in Pakistan. The case ran for three years.

In June 2021, a court in Peshawar in the province of Khyber Pakhtunkhwa handed him the death sentence.

But it now looks like Afridi can avoid serving his sentence.

Recently, local news media reported that Asma Rani's family had "pardoned" him in an event held in Lakki Marwat in the district of Kohat. The pardon was overseen by a "jirga" — a council of village or town elders that acts as an unofficial justice system and mediates settlement in conflicts.

Asma's family's lawyer Syed Abdul Fayyaz, advocate of Pakistan's Supreme Court, confirmed to DW that the pardon has been recorded and submitted by Asma's parents to the court.

When the court accepts the plea he can be acquitted, the lawyer explained.

"I find that there's a lot of impunity as far as violence against women is concerned, people can  — as we say — get away with murder," said Khawar Mumtaz, women's rights activist and former Chairperson of the National Commission of the Status of Women, part of the Human Rights Ministry of Pakistan.

She also told DW that Pakistani society has become very violent, and the easy availability of guns has contributed to this escalation.

Violence towards women in Pakistan

But the country's forgiveness laws also play a key role.

They are rooted in the Islamic concept of "Qisas" or retributive justice, which means "an eye for an eye." According to this principle, a murderer can be punished with a death sentence. However, there is an option: "Diyat" is compensation or blood money that can be paid to the victim's family for the damage and suffering caused.

A decision made under duress?

Pakistan's legal and penal system is directly influenced by Shariah law. The criminal code has provisions that allow pardons for the accused without compensation as well. Often families pardon and forgive in the name of Allah. The final choice rests with the family of the victim.

But, as in the case of Asma Rani, there is often suspicion that families grant pardons under duress.

"We've seen that often the pardon or compromise comes from pressure, coercion, blackmail and threats," Mumtaz told DW. "And even when there's an actual conviction, that doesn't mean it's the end of the case, the culprit or his family can still threaten or blackmail to get a pardon."

Many have been freed this way, she explained. "It is an escape route for them being able to pay your way out of it."

In Khyber Pakhtunkhwa, where Asma Rani lived, a pardon is granted in most cases when a death sentence is given for murder, said advocate Fayyaz.

The provision is only used in cases where intent is personal. It is not possible to apply it to cases of terrorism or honor killing, as per Pakistan's anti-honor killing bill of 2016.

Yet the provision for compensation is often misused, Mumtaz told DW.

Still, since this law is part of Shariah law, it will remain part of Pakistan's legal system, and jirgas encourage people to use the principle to settle cases privately.

But recent years have seen a number of controversial high-profile cases hit the headlines. 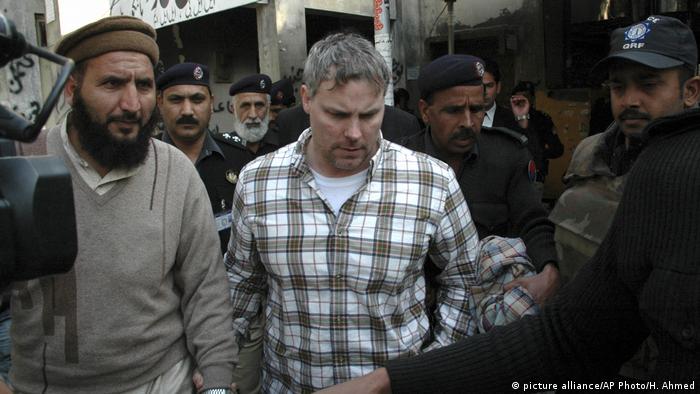 The case of Raymond Davis caused a diplomatic crisis

In 2011, for example, US citizen and CIA contractor Raymond Davis was charged with the murder of two Pakistani nationals in a shootout in the city of Lahore.

Davis was eventually released from prison after he paid "diyat" or blood money to the families of the deceased. The families officially forgave Davis before he flew out of the country.

Asma Rani's case is the latest to raise questions about impunity for crimes that already rarely lead to convictions, said rights activist Khawar Mumtaz. And there is not enough support for the powerless families of the victims, she added.