Pakistan fast bowler Mohammad Amir returns to Lord's this week for a Test against England. The London cricket ground is where he was caught spot-fixing but now he is back to a mixed reception. 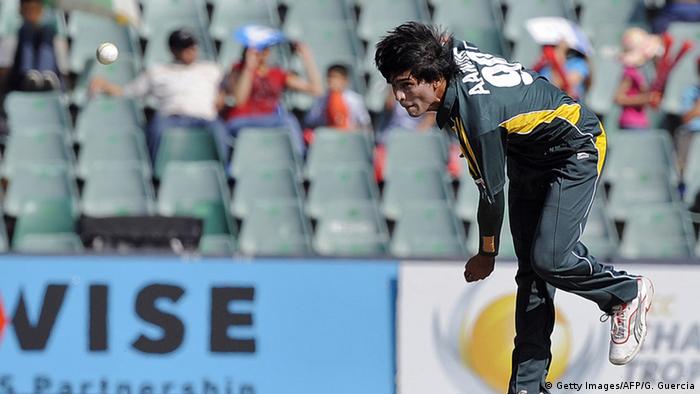 Six years ago, the 18-year-old bowling sensation from Pakistan committed a crime that nearly ended his career. Amir, along with two other Pakistan players, were involved in a spot-fixing scam against England at Lord's.

All three players spent time in jail too after a British court concluded in 2011 that they had committed criminal offenses by fixing parts of the test match for money by bowling no balls or instructing them to be bowled.

It was cricket's biggest match-fixing scandal since that of South Africa's Hansie Cronje's a decade earlier. Amir was disgraced both internationally and in his home country, with a number of Pakistani players demanding a life ban for the young bowler.

But some also sympathized with the then-teenager and said he had been drawn into corruption by two senior teammates.

Now, Amir is set to make his return for the national team at Lord's – the scene of the crime – as Pakistan plays a Test match against England. Amir is still only 24-years-old and may have a long international career ahead of him.

A chance to 'get his image back'

Amir says he is a different person now as his career comes full circle at Lord's for the start of the five-day test on Thursday.

"He (Amir) is ready to answer with his performance – and that is what counts," teammate Wahab Riaz said.

Riaz dismissed suggestions that some Pakistan players were not happy about Amir's comeback.

"No one is reluctant," said Riaz. "He is a part of our family. We are all behind him

"I want him to take five wickets in the Test match to get his name back and to get his image back, which has been spoilt."

More sinned against than sinning?

But some Pakistani and international cricket personalities are not as forgiving as Riaz.

"I tend to disagree (with Riaz) a little bit because I have always felt that Pakistan has a bad history of fixing and all that kind of stuff," former Pakistani batsman Ramiz Raja told the AFP news agency.

"It is an emotional subject for me, but on the other hand he (Amir) is a great talent," Raja added.

Former England batsman Kevin Pietersen, who played in the infamous Test, said that any sportsperson caught match-fixing or taking drugs should be banned for life.

"They have broken the rules, should pay the price, and not be given a second chance," Pietersen wrote in a column for Britain's Daily Telegraph.

Fixing games was "mugging the spectators," he argued.

But Mike Brearley, the chairman of the MCC world cricket committee which helps run the game, believes Amir deserves to make a comeback.

"I think he was like King Lear, 'more sinned against than sinning," said the former England captain, referring to William Shakespeare's famous play.

"He was sinning, he did wrong, and he was very foolish indeed. But he was misled by senior players and I think there has to be a gradation in guilt," underlined Brearley.

Brearley hopes Amir will get a generous response from the England team and spectators at Lord's on Thursday.