Pakistani authorities have detained Hafiz Saeed, the leader of a militant group blamed for the 2008 Mumbai attacks. The radical cleric is a designated terrorist in the US, where there's a $10-million bounty on his head. 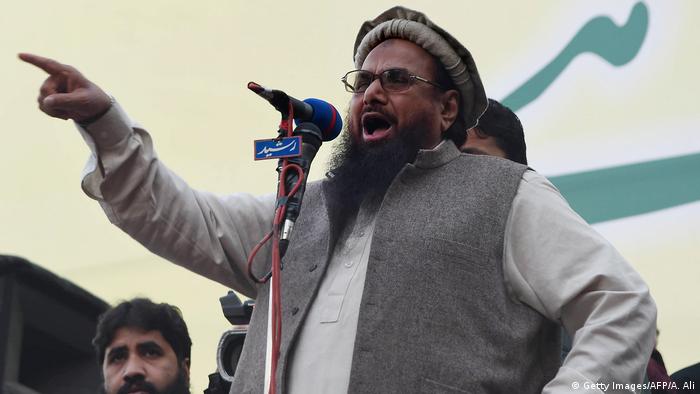 The cleric is the founder of Lashkar-e-Taiba, an Islamist militant group accused of orchestrating the 2008 attacks in the Indian financial hub of Mumbai that killed more than 160 people.

Saeed is designated a terrorist by the United Nations and the US, which has offered a $10-million (€8.9-million) reward for his capture.

His arrest comes as Prime Minister Imran Khan prepares to travel to Washington — a trip the country's foreign minister has touted as an opportunity to foster a US relationship based on greater "cooperation."

A counterterrorism official said Saeed was intercepted near the eastern city of Lahore. He appeared before a judge and was remanded in custody until his next hearing on Tuesday, the official added.

Saeed has denied any involvement in the 2008 attacks and insists his movement — which runs schools, seminaries, hospitals and ambulance services — has no links to militant activities.

His spokesman, Nadim Awan, condemned the arrest and said the cleric had had nothing to do with Lashker-e-Taiba since 2001. He also said Saeed planned to appeal before a higher court.

Saeed has been detained several times in Pakistan, but he has never been charged or put on trial. In 2017, the alleged militant leader was released from house arrest  after a court ruled the Pakistani government had failed to properly justify his detention, enraging India and the US.

Prime Minister Khan has vowed to crack down on extremist groups operating on Pakistani soil. The country is facing growing pressure from the Financial Action Task Force — a global terror finance watchdog — to curb the funding of terror groups or be put on a blacklist.

Earlier this year, authorities arrested more than 100 suspected militants and banned Saeed's charities, which have long been considered fronts for military activity.

Lashker-e-Taiba is believed to be among the several jihadi militias fighting Indian troops for control of the disputed Kashmir region.