Khawaja Asif, former foreign minister and a prominent opposition figure, has been arrested by anti-corruption authorities in a disproportionate assets case. The opposition has criticized the arrest. 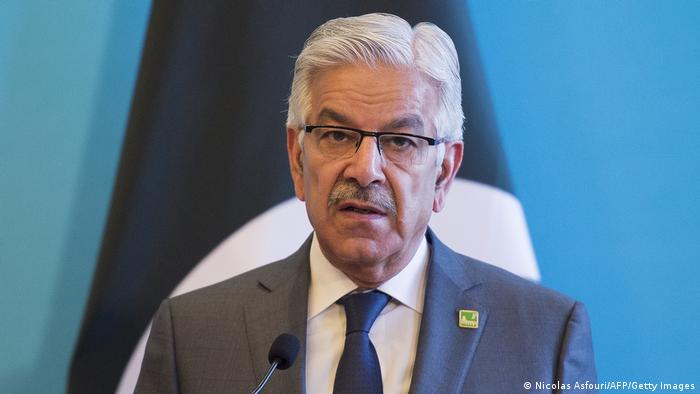 Pakistan's anti-corruption body on Tuesday arrested a senior opposition leader and former foreign minister, Khawaja Muhammad Asif, in an ongoing probe into allegations of possessing assets higher than his known sources of income.

The National Accountability Bureau (NAB) arrested Asif — a leading face of the The Pakistani Muslim League (Nawaz) (PML-N) — in Islamabad shortly after he left a party meeting. "Khawaja Asif allegedly made assets in excess of his income while concealing the nature, means and transfer of assets," the NAB said in a press statement.

Asif had been summoned earlier for questioning but he failed to submit evidence, the Dawn newspaper quoted a NAB spokesperson as saying.

Before Asif took public office in 1991, his total assets were at 5.1 million Pakistani rupees (€25,885, $31,800), but they rose to 221 million rupees in 2018, the statement cited in the local media said, adding that the increased figure was not "justifiable with his known sources of income."

The NAB also said that Asif had claimed earnings from a job in a UAE firm but its investigation "revealed that the accused Khawaja Asif was in Pakistan during the alleged period of employment abroad while the documents of employment abroad were furnished only to declare fake sources of income."

"The arrest of Khawaja Asif is a highly reprehensible incident between the selectors and the selected nexus. The government's bewilderment can be gauged from such heinous acts, but they are bringing their end closer. The days of blind political revenge are numbered," Sharif, who also faces corruption charges in the country and was recently declared a fugitive, said.

The arrest also comes days after the opposition parties demanded Khan's resignation over allegations of election rigging and interference of Pakistan's army in political matters. The opposition has also accused the PM of failing to improve the country's economic situation.

Asif will be produced before an accountability court on Wednesday for remand, the NAB said in the statement.