Delegates from a dozen Pacific Rim nations have failed to reach a deal on a new trade agreement. But negotiators said "significant progress" had been made, and that a final pact was within reach. 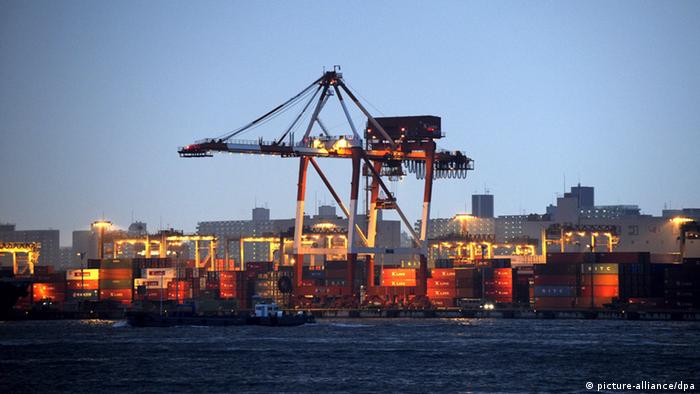 Negotiators on the so-called "Trans-Pacific Partnership" (TPP) fell short of concluding a final deal after several days of talks in Hawaii ended on Friday.

The failure to reach agreement is being seen as a blow to US President Barack Obama, as the deal has been vaunted as an important part of the US administration's "pivot to Asia" in a bid to counterbalance China's influence in the region.

The Hawaii talks had been billed as the last chance to reach a deal before 2016 elections that could see the pact become campaign fodder.

But in a statement on behalf of the 12 countries involved in the talks, US Trade Representative Michael Froman voiced optimism that an agreement was near.

"After more than a week of productive meetings we've made significant progress and will continue on resolving a limited number of remaining issues, paving the way for the conclusion of the Trans-Pacific Partnership negotiations," he told a press conference.

Sticking points were said to have included differences over protecting regional food specialties, the auto trade, and protection for drug makers.

Among other things, New Zealand, the world's largest dairy exporter, has said it will not back a deal that does not significantly open dairy markets.

The question of data protection for drug manufacturers was also a bone of contention, with the US wanting data on biological drug development to remain monopolized for 12 years, as compared with Australia's five years.

The deputy trade minister from Chile, which has no protection at all for drugmakers, said any deal must reconcile public needs with commercial interest. "For us it's vital to have an agreement that balances public policy goals for intellectual property in medicines," Minister Andres Rebolledo said.

Talks on the TTP have been running for eight years. The trade deal envisages a free-trade bloc covering 40 percent of the global economy.

The proposed deal has come under considerable criticism in many quarters, and controversy has been fueled by the high degree of secrecy in which negotiations have been carried out.

TTP opponents say it would give too much power to multinational corporations to influence policies introduced by democratically elected governments and that the one-fits-all standards it envisages might pose a threat to consumers.

Its supporters say TTP will boost economies across the region by removing trade barriers, and provide new rules to protect intellectual property that have not existed in previous free trade pacts.

China is not included yet, but it could potentially enter the pact later.

No date has been set for ministers to meet again, but Froman's statement said they were likely to reconvene soon.

Obama blocked by own party on Trans-Pacific Partnership

The TPP has been dealt a setback in the US Senate. Skeptical Democrats have argued it would drive down wages and make it impossible for US workers to compete with those in countries with lax labor laws. (13.05.2015)