The British university has launched a study to assess the efficacy of the COVID-19 vaccine it developed with AstraZeneca on subjects aged 6 to 17. 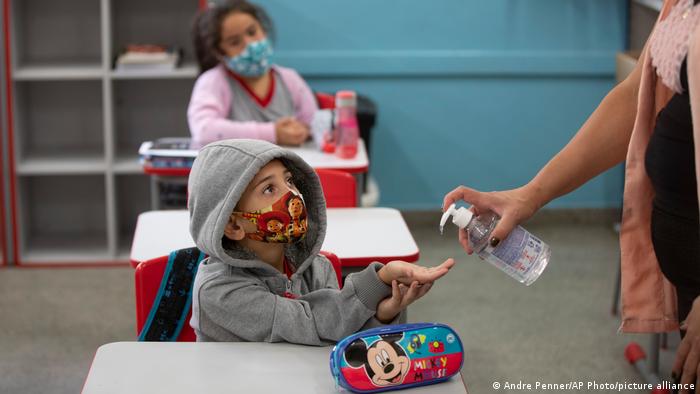 "Some children may benefit from vaccination," says Oxford University

The University of Oxford announced on Saturday that it plans to test the COVID-19 vaccine it developed with AstraZeneca on children for the first time.

Researchers said they wanted to determine the safety and immune response of the shot in young people.

The new midstage trial, which will assess whether the vaccine is effective on people aged 6 to 17, seeks 300 volunteers. Up to 240 are expected to receive the COVID-19 vaccine and the remainder a control meningitis inoculation. The first jabs are expected this month, the university said in a statement.

"It is important to establish the safety and immune response to the vaccine in children and young people as some children may benefit from vaccination," said Andrew Pollard, chief researcher on the Oxford vaccine trial.

COVID-19 can also cause death or serious illness in children, but the British Royal College of Paediatrics and Child Health says this is rare.

Regulators in more than 50 countries have already authorized widespread use of the Oxford vaccine — which is being produced and distributed by AstraZeneca Plc — for people over the age of 18. The two-dose vaccine is cheaper and easier to distribute than some rivals.

Last month, the pharmaceutical giant became embroiled in a row with the European Union over production delays.

In October last year, US drugmaker Pfizer began testing its shot in children as young as 12 while Moderna began trials on children in December.

The firm has blamed production woes in the EU for not delivering as many doses of its COVID vaccine as it had promised. These are some of the companies involved in the production of the AstraZeneca vaccine in the EU.