Oxfam: Wealthiest 1 percent soon to own more than everybody else | Business | Economy and finance news from a German perspective | DW | 19.01.2015

Oxfam: Wealthiest 1 percent soon to own more than everybody else

Charity Oxfam has issued a stark warning on wealth inequality ahead of the World Economic Forum in Davos. The richest 1 percent of people - many of them in Switzerland this week - will soon own more than all the rest. 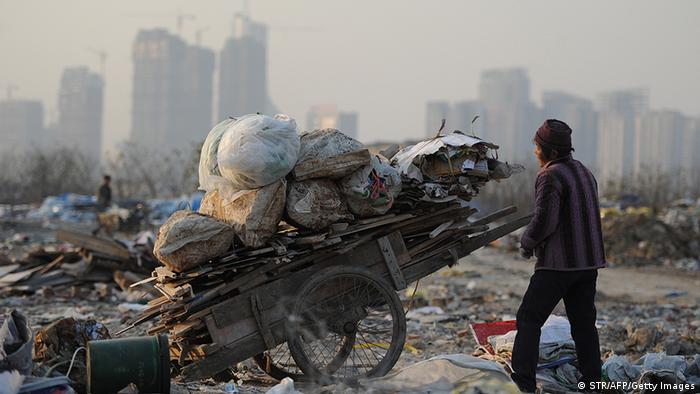 By 2016, the world's richest 1 percent will possess more wealth than the remaining 99 percent of the population, according to an Oxfam issue brief released ahead of the World Economic Forum in Davos, Switzerland.

Between 2009 and 2014, the top percentile's combined wealth rose from 44 percent of the global total to 48 percent - and will likely clear the half-way hurdle during 2016.

"Do we really want to live in a world where the 1 percent own more than the rest of us combined?" asked Oxfam's executive director Winnie Byanyima, one of the co-chairs of the events in Davos. "The scale of global inequality is quite simply staggering and despite the issues shooting up the global agenda, the gap between the richest and the rest is widening fast."

Byanyima warned that inequality was holding back the global fight against poverty, saying she would call for urgent action in Davos to stem wealth inequality, starting with a tax evasion crackdown.

"In the past 12 months, we have seen world leaders from President Obama to Christine Lagarde talk more about tackling extreme inequality but we are still waiting for many of them to walk the walk," Byanyima said. "It is time our leaders took on the powerful vested interests that stand in the way of a fairer and more prosperous world."

As well as getting tough on tax evasion, Oxfam also appealed for world leaders to invest in universal, free public services like healthcare and education, to shift the focus of taxation policies from labor and consumption towards wealth to "share the burden fairly," and to introduce and increase minimum wages. 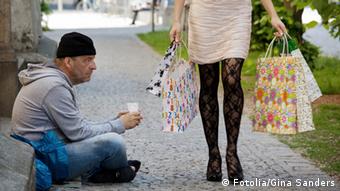 According to Oxfam, whose figures were based on information from Credit Suisse and magazine Forbes, the average wealth of an adult in the top 1 percent is $2.7 million (2.3 million euros).

"Business as usual for the elite isn't a cost-free option - failure to tackle inequality will set the fight against poverty back decades," Byanyima said. "The poor are hurt twice by rising inequality - they get a smaller share of the economic pie and because extreme inequality hurts growth, there is less pie to be shared around."

The annual World Econmic Forum runs from Wednesday through Friday in the Swiss Alpine resort of Davos. It is probably fair to say that Oxfam's Byanyima is not a typical participant.