Owner of collapsed Chinese mine commits suicide during rescue

The owner of a collapsed mine jumped to his death during a rescue mission, according to Chinese state media. Hundreds of rescuers have been attempting to find employees of the mine, which collapsed on Friday. 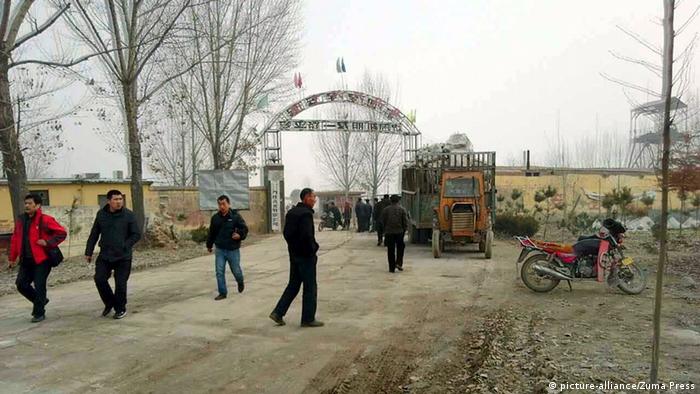 Ma Congbo, owner of the collapsed gypsum mine in Shandong province, jumped into a well and drowned in an apparent suicide during rescue efforts on Sunday.

Seventeen miners remained trapped under ground following the collapse of the mine on Friday. Around 700 rescuers are attempting to reach the men, but their efforts have been stalled by the dangerous conditions in the mine.

China is known for doling out severe punishments to the owners of collapsed mines, a common problem in a country where poor infrastructure and dangerous working conditions have frequently drawn criticism. In 2014 alone, 931 people were killed in mining accidents.

On Saturday, one miner in Shandong province whose leg was stuck under a boulder was brought to safety, bringing the total number of people rescued to seven.

A man has been found alive after being buried in rubble for more than two days in Shenzhen. More than 50 people are still missing following a landslide in the Chinese industrial city. (23.12.2015)

As search and rescue operations continue for survivors of the devastating landslide in Shenzhen, reports suggest Chinese authorities were warned a year ago of the threats posed by a growing pile of construction waste. (21.12.2015)

Nearly a hundred people are missing after a landslide buried buildings in the southern city of Shenzhen. The landslide also reportedly caused an explosion in a gas pipeline. (20.12.2015)