British Labour MP Owen Smith has said he will run against the party's leader Jeremy Corbyn in the upcoming leadership race. The former shadow work and pension secretary was among the MPs to leave the Shadow Cabinet. 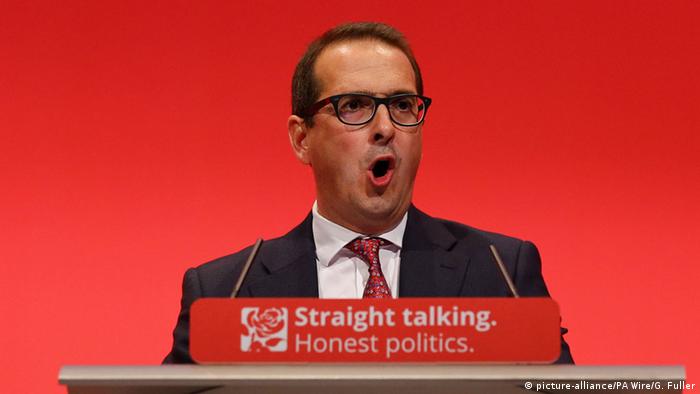 British opposition Labour MP Owen Smith has said he will run against the party's leader Jeremy Corbyn in an upcoming leadership contest.

The former shadow secretary for work and pensions said on Wednesday that he decided to join the Labour Party leadership race after seeing a "dramatic collapse of faith and confidence in Jeremy" in the weeks since the UK vote Brexit in the EU referendum.

The contest for the Labour leadership was triggered on Monday when lawmaker Angela Eagle challenged Corbyn's leadership.

Eagle had neglected for days to launch her challenge, as her allies in the party sought to push Corbyn into resignation without a leadership contest. The current leader withstood the pressure, however, with the party ruling on Tuesday that Corbyn had the automatic right to stand in the contest without needing to be nominated by lawmakers.

'Radical and credible set of policies'

In an interview with BBC Radio 4, Smith said that although Corbyn is a "good man with great Labour values," he isn't a leader who can take the party in an election and win for Labour.

"I have a radical and credible set of policies," Smith said. "I want to put that to the membership. I want to make my case to be the next leader of not just the Labour Party, but the next Labour prime minister."

The Labour Party was thrown into turmoil last month following a mass walkout by the Shadow Cabinet in protest against Corbyn's leadership. The departing ministers argued that Labour was in need of a leader who resembles a "credible prime minister."

The Labour leader also faces accusations that it was his "lackluster" campaign during in the run-up to the EU referendum that led to millions of Labour supporters ignoring his advice to vote against a "Brexit."

In a non-binding secret ballot last month, 172 of 230 Labour MPs said they had no confidence in Corbyn's leadership. Despite losing the vote of confidence, Corbyn insists that he has the required mandate to remain the Labour Party leader.

"Only nine months ago, I was very honored to be elected leader of our party with 60 percent of the votes," Corbyn said in a recently published video message.