Cross-border corporate bribery is still a largely unresolved issue, Transparency International has concluded in a fresh report. Germany, it said, was among only few nations actively combating corruption. 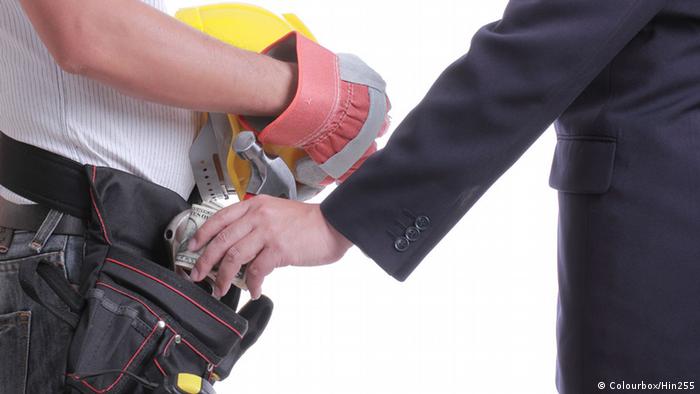 Transparency International (TI) said Thursday that about half of the 41 signatories to the OECD anti-bribery convention had been doing "little or nothing" to fight growing levels of corporate corruption abroad.

The anti-corruption watchdog recalled that the 16-year-old convention had been billed as a key instrument for curbing cross-border corporate bribery as the 41 nations which supported it were responsible for some two-thirds of global exports and almost 90 percent of total foreign direct investment (FDI) outflows.

Transparency International spoke of "the enormous negative consequences for the populations of affected countries," noting that bribery levels were particularly high in the extractive industries and construction as well as in the aerospace and defense sectors.

TI said that Germany, Switzerland, the UK and the United States were the only four nations which had actively been enforcing the OECD convention, meaning they had actively investigated and prosecuted companies bribing foreign officials with a view to winning contracts or dodging taxes and local laws.

However, Germany was called upon to always treat cross-border bribery cases as criminal rather than just administrative offenses.

Drago Kos, Chair of the OECD Working Group on Bribery urged governments around the world to do more to enforce the organization's convention.

"Governments should strengthen sanctions, make settlements public and reinforce protection of whistleblowers as part of greater efforts to tackle bribery and corruption,” he told DW in a statement Thursday.