Over 100 soldiers in Colombia investigated for child sexual abuse

The commander of Colombia's army said he would not tolerate any misconduct. Last week, seven soldiers were arrested for raping a girl. 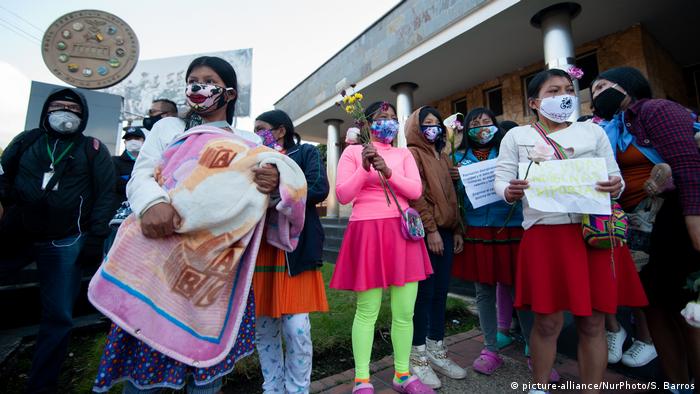 The commander of the Colombian army said on Wednesday that 118 soldiers have been investigated since 2016 for alleged child sexual abuse. General Eduardo Zapateiro said 45 soldiers were sacked while the remaining are under criminal and disciplinary investigation.

"No Colombian soldier is trained within the institution to attack the human rights of boys, girls or adolescents ... I will not tolerate any type of conduct distant from ethical principles, moral values and good customs," said Zapateiro.

He denied an effort to protect soldiers implicated in sexual assault cases and added that all soldiers receive human rights training.

A history of sexual abuse in the Colombian army

The commander's statement followed the arrest of seven soldiers last week for raping a girl from the Embera Katio indigenous tribe. The soldiers were deployed in the tribal area to contain the novel coronavirus.

A senior adviser for the Organization of Indigenous Nations of Colombia (ONIC) said the girl was kidnapped and raped for over 17 hours.

According to a statement from the Attorney General's office, the soldiers confessed to "aggravated abusive sexual intercourse with a minor younger than 14 years old." 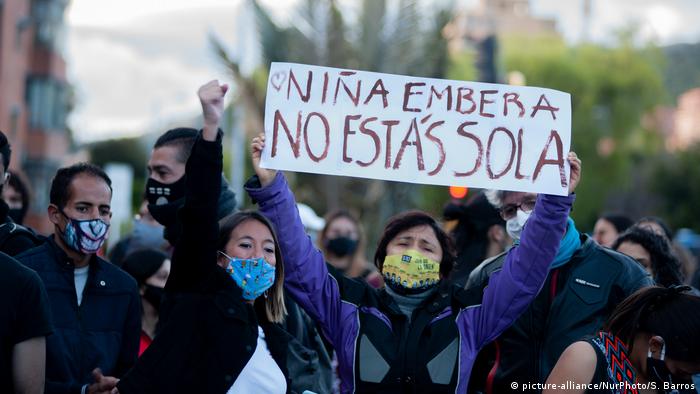 At the time, Colombia's President, Ivan Duque, said the seven soldiers could face life imprisonment, as part of a new reform of Colombia's legal system.

Last week's case also put the spotlight on another case from September 2019, when a group of soldiers abused a 15-year-old indigenous girl.

According to a report by the National Institute of Legal Medicine and Forensic Sciences of Colombia, 17,935 women are raped in Colombia every year — which is two women every hour.