There are plenty of potential candidates for the Netherlands job following the sacking of Danny Blind. However, at least one Dutch football expert believes the national team's problems run much deeper. 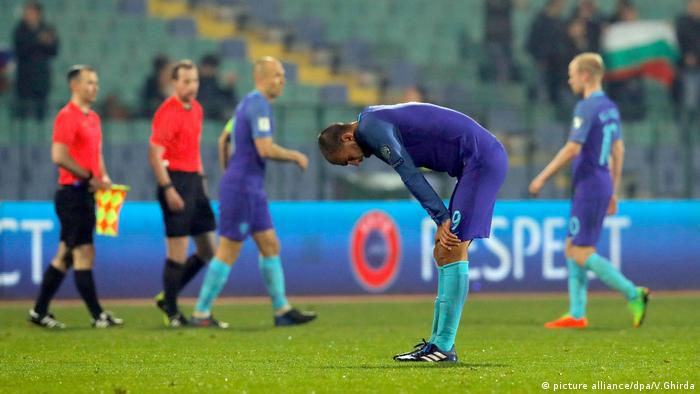 The Netherlands' national team coach Danny Blind was sacked on Saturday evening following a 2-0 defeat to Bulgaria which left the Oranje fourth in Group A. With just two wins from their opening five matches, the Dutch are now in serious danger of failing to qualify for a second successive major tournament.

Ajax legend Blind took over from Guus Hiddink in July 2015 but presided over an unsuccessful run of only seven wins in 17 games. Dutch football journalist Michiel Jongsma told DW he was an unpopular choice from the start. 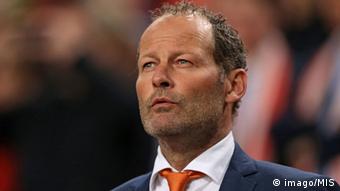 Danny Blind was sacked following the defeat to Bulgaria

"Blind was obviously inexperienced going into the job and was also part of an administration that had failed in the months before, so no-one was ever happy with his appointment," explained Jongsma, editor of "BeNeFoot.net."

"There is some relief now but it's too little, too late. It's taken too long but there are not many options available at the moment to fix the situation."

According to a poll carried out by Dutch daily "De Telegraaf," 39 per cent of readers would like to see the return of eccentric disciplinarian Louis van Gaal. The 65-year old former Bayern Munich coach guided the Netherlands to the semifinals of the 2014 World Cup in Brazil and is currently semi-retired following a two-year spell at Manchester United, where he won the FA Cup.

"The team is very young and lacks confidence," he said. "They need an authoritarian coach like Louis van Gaal to give them clear instructions." 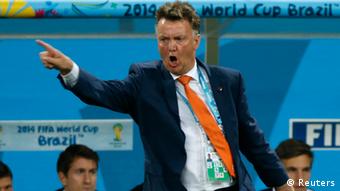 Van Gaal is a popular choice among the fans

The Dutch football association (KNVB) has indicated that a foreign coach is also a possibility and indeed the second favorite among "De Telegraaf's" readers with 17 per cent of the vote is German legend Jürgen Klinsmann. The 52-year-old won the World Cup as a player in 1990 and was head coach of the German national team at the 2006 World Cup. He was in charge of the United States national team from 2011-2016 and would become the first foreign manager of the Dutch team since the Austrian Ernst Happel guided them to the 1978 World Cup final.

Also on 17 per cent is former Ajax coach Frank de Boer. The 46-year-old won four successive Eredivisie titles with the Amsterdam side between 2011 and 2014 and is currently out of work following a short spell at Inter Milan.

Koeman rules himself out

Everton manager Ronald Koeman has stated previously that he would be interested in taking over the Dutch national team and applied for the position after the 2014 World Cup, losing out to Hiddink. Twelve percent of "De Telegraaf's" readers would like to see the 54-year-old take over but, according to the Merseyside paper "Liverpool Echo," the Everton boss has said that "now is not the time." 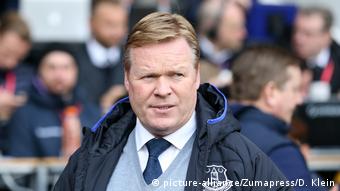 Everton's Koeman has ruled himself out

With three percent of the vote, another German coach looks like a long shot.

"Roger Schmidt has been mentioned quite a bit," Jongsma said. "People remember his Red Bull Salzburg team that obliterated Ajax and liked his work at Leverkusen." Unfortunately for Schmidt, Leverkusen didn't agree and he was sacked earlier this month after a run of five defeats in seven games.

But according to Jongsma, there are deeper-lying issues in Dutch football which cannot simply be solved by a change of coach.

"Van Gaal's tenure glossed over a lot of things that were going wrong," he said. "In fact, the last generation to really produce world class talent was in 1983-84."

Jongsma believes the problems start with coaching in general.

"It seems Dutch football just has not professionalized as much as in other countries. We used to be ahead, because of our better facilities, a good structure, and good education in general. Now, other countries have caught up." 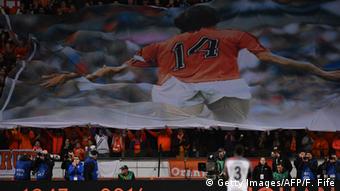 The days of the late, great Johann Cruyff are long gone

"Talent identification hasn't been great either," he continues. "It says a lot that we're still really good up until under-15 level but after that we fall away. It's as if we're scouting the wrong things, for example physical qualities rather than technical or tactical ones."

The KNVB is already looking to overhaul youth football in the Netherlands with their 'Winnaars van Morgen' (winners of tomorrow) program, but that will take time. In the meantime, under-21 coach Fred Grim is to take charge of the first team for Tuesday night's friendly against Italy - while the hunt for a successor continues.