Our guest on 11.07.2010 Klaus Voormann, Graphic Designer and Musician

Presenter Peter Craven talks to Klaus Voormann about The Beatles, dyslexia and being a vegetarian. 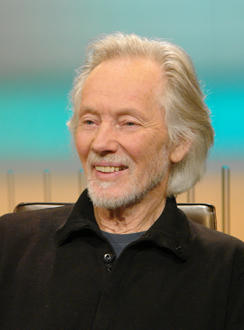 Some of the biggest names in rock history have availed themselves of his services as either a bassist or graphic designer - amongst them, The Beatles, Manfred Mann and Cat Stevens. Klaus Voormann was born in Berlin in 1938. He began studying graphic design in Hamburg in the early 1960s and that was where he met five young musicians from Liverpool: The Beatles. They all became close friends. Another member of the clique was the photographer Astrid Kirchherr, whose work influenced the early Beatles style. Voormann lived the life of a rock star in the 60s and 70s. He traveled the world, eventually settling in Los Angeles. He returned to Germany in 1979, and his life became somewhat calmer. As well as the band “Trio”, he also worked with Marius Müller-Westernhagen and Heinz Rudolf Kunze. Today, Voormann lives with his wife Christina and their two children on Lake Starnberg in Bavaria. Part of the proceeds of his latest album, “A Sideman’s Journey”, are being used to fund a drinking water project on an Indian reserve in South Dakota.