Lower Saxony's justice ministry confirmed the pardon request had been received from Gröning. It is the last stage in the appeal process for a pardon for his crimes perpetrated at Auschwitz in 1944. 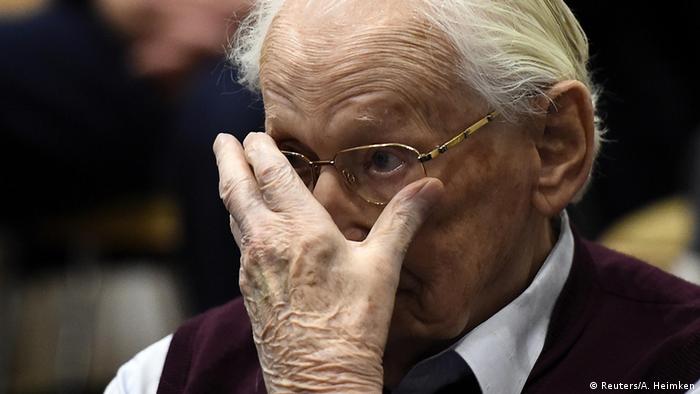 Oskar Gröning in court in Lüneburg Urteil in 2015

Gröning collected the valuables found in the luggage and clothes of prisoners when they arrived at the Nazi-German Auschwitz-Birkenau camp located in what is now southern Poland. His record keeping earned him the name "Bookkeeper of Auschwitz." 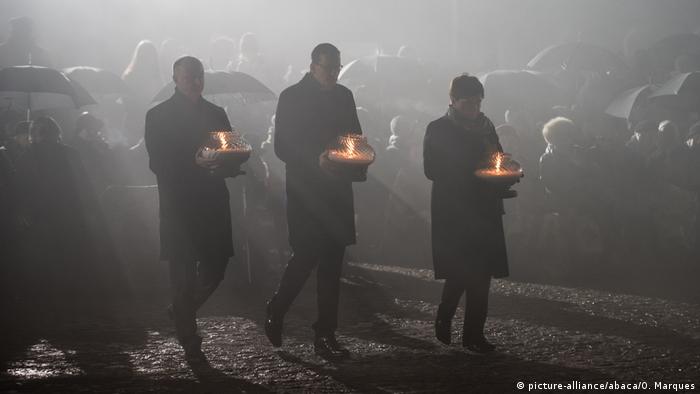 Memorial service at the International Monument to the Victims of Fascism

"It is without question that I am morally complicit in the murder of millions of Jews through my activities at Auschwitz," Gröning said at his trial. "Before the victims, I also admit to this moral guilt here, with regret and humility."

His appeal to Lower Saxony's justice minister, Barbara Havliza, a member of the conservative Christian Democratic Union (CDU) is the final legal step available to him in obtaining a pardon.

A ministry spokesperson said on Thursday that Havliza would make her decision in due time, adding that there were no special legal requirements on her and no time limit in making the decision which would have no effect on the conviction.

In mid-January, the prosecutor's office in Lüneburg rejected Gröning's petition for a pardon. His lawyer had argued in favor of an amnesty because of Gröning's age and frail health.

Speaking after the Constitutional Court decision to uphold the conviction taken in December, a court spokeswoman said Gröning would be called on to start his sentence, which "carried a special weight" because of the nature of the crimes.

His term is to be served at the Uelzen prison in northern Germany, near Hamburg.