OSCE summit on the Greek island of Corfu avoids the ″blame game″ | Europe | News and current affairs from around the continent | DW | 28.06.2009

Foreign ministers from the Organization for Security and Cooperation in Europe opened talks on the Greek island of Corfu on Sunday aimed at forging a new security framework for Europe. 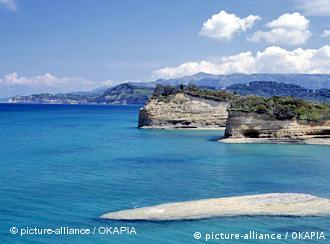 The 56-member OSCE has launched a debate to update the 1975 Helsinki accords and adapt the continent's security apparatus to meet the modern challenges of terrorism, dependable energy supplies and political unrest.

EU foreign policy chief, Javier Solana, said on Sunday that "nothing has been finished; this is the beginning."

"With events taking place (and) the new challenges of today, I think there is room to move to what we may call a Helsinki plus," Solana said. 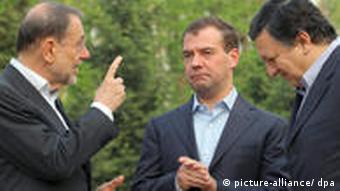 A year ago, Russian President Dmitry Medvedev floated a plan for a new, legally binding security pact to replace what Moscow insists are outdated arms control treaties from the Cold War.

NATO is suspicious of the idea - especially after Russia's brief war with Georgia last summer - seeing it as a plot by Moscow to undermine the North Atlantic military alliance as its expansion moves ever closer to Russia's borders.

On Saturday, NATO, also meeting on Corfu, agreed however to resume formal cooperation and diplomatic ties with Russia.

Greek foreign minister, Dora Bakoyianni, as host of the OSCE meeting, said "our intention today is to rise above the blame-game and reach out for common solutions in order to provide a targeted impulse to the dialogue on European security."

In her opening remarks to the meeting, she said that the current financial crisis was probably the most immediate and serious threat to international security. 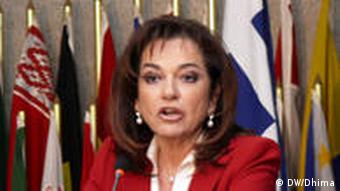 The Greek foreign minister, who also chairs the OSCE, says the group will not play the 'blame game'

Bakoyianni also said that it was "symptomatic of the current situation that while the need for a European security dialogue at the highest level is quite obvious, the participants have yet to reach agreement on the aims, content and framework of such a dialogue."

Solana stressed that the approach being discussed would not create new structures, but instead reform those in place - like the NATO-Russia Council and the OSCE - to better meet modern security challenges.

He also said mechanisms for dealing with economic issues, such as energy, could also evolve, while keeping in place the three pillars of the Helsinki accords: bodies for hard security, the economy and human rights and governance.

An informal European Union review of ties with Iran over its post-election crackdown is also on the OSCE agenda. EU ministers are expected to reiterate the positions of the G8 powers, expressed at a meeting on Friday in Italy, which condemned the violence stemming from Iran's disputed presidential election.

NATO and Russia resume ties after war in Georgia

When Russia and Georgia fought a five day war in 2008, NATO broke off military ties with Russia. But now, Russia and the alliance have agreed to start a new era of cooperation. (28.06.2009)

Foreign ministers from the Group of Eight countries meeting in Trieste deplored the violence in Iran but did not go as far as questioning the result of President Mahmoud Ahmedinejad's re-election. (27.06.2009)