Hamza bin Laden is wanted by the United States, which has offered $1 million for information leading to his capture. Hamza's father was in charge of al-Qaida when it carried out the 9/11 terrorist attacks. 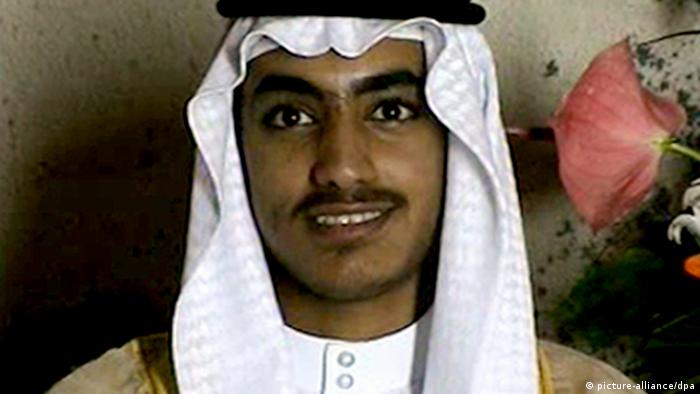 Saudi Arabia has stripped the son of late al-Qaida leader Osama bin Laden of his citizenship, the kingdom's Interior Ministry said on Friday.

A notice published in the official gazette indicated the citizenship had been revoked last November via a royal decree but the news was only made public on Friday.

The move came after the United States said it would offer $1 million (€877,000) under its "Rewards for Justice" program to anyone who could provide information leading to Hamza bin Laden's capture.

He has emerged as a leader of al-Qaida and released audio and video messages calling for attacks against the US and its allies.

Hamza bin Laden's current whereabouts are not known and there have been reports of him living in Pakistan, Afghanistan, Syria or in Iran under house arrest. He is believed to be about 30 years old.

Osama bin Laden was killed in a US military raid in the Pakistani garrison town of Abbottabad in May 2011.

Germany suspects 42-year-old Sami A. of working as a bodyguard to late al-Qaida leader Osama bin Laden. A German court wants him to return from Tunisia after ruling his deportation was illegal. (14.07.2018)