An ethnic Hungarian football club is thriving in Slovakia's top-flight league, thanks partly to funding from the Hungarian government. DW visited the club, DAC, as they faced off against rivals Slovan Bratislava. 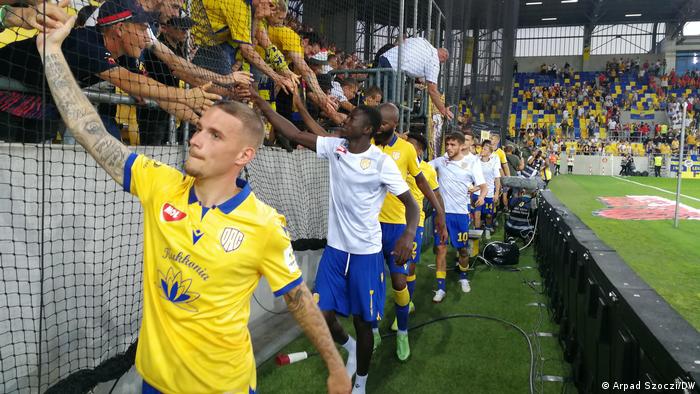 DAC players applaud their fans after a 1-1 draw against rivals Slovan Bratislava.

It's a powder keg of a game day in Dunajska Streda – population 25,000 – a small, ethnic Hungarian city tucked away in southern Slovakia.

The city's football club, DAC, are facing off against rivals Slovan Bratislava, and the majority of fans make it crystal clear where their nationalistic allegiances lie.

This small Hungarian enclave is where football meets nationalism meets politics, whether European football's governing body UEFA likes it or not.

You may not find Dunajska Streda (Dunaszerdahely in Hungarian) in most travel guides, but its football team has certainly put the city on the map.

DAC pulls in far more fans to home games than any other club in Slovakia and as a result there's an atmosphere inside the MOL Arena that could rival some of the world's most boisterous stadiums.

The first thing you notice as fans stream into the MOL Arena are the Hungarian symbols on people's shirts and on some stylized DAC jerseys. There is very little that shows this is Slovakia even though the city is about 25 per cent Slovakian-speaking, none of whom were willing to speak with DW.

Just a short walk from the MOL Arena, Boglarka Bödök is more accomodating. She's been a diehard DAC fan for the past 45 years and runs the Turul Bar with her husband, a local hangout for the club's fans from Slovakia and abroad.

"The team shows that Hungarians are here – or rather it's a symbol for them and has been for quite a while," she tells DW.

Nowhere is that more noticeable than at the new MOL Arena, which was partly financed by Hungary's largest multinational company, the Mol Group.

The club has also received significant support directly from the Hungarian governmentwith the construction of its state-of-the-art football academy. When asked by DW, the Slovakian League Association (Fortuna League) said they didn't have a problem with that kind of external support. 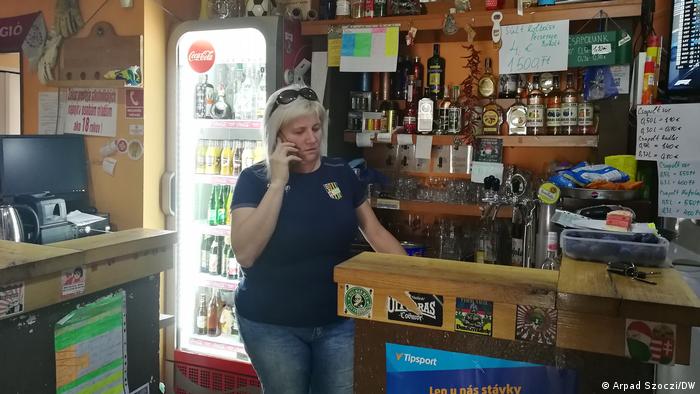 DAC's academy is the envy of most Slovakian football teams. It cover 20 hectares, contains 12 football fields, trains youth teams from ages 8 to 19, and is fitted out with the latest equipment.

The Hungarian government financed its construction through a government foundation. DAC owner and prominent businessman Oszkar Vilagi said he decided to aim high when he took charge of the club in 2013.

"I'm an ambitious person and I said when I took over DAC that I didn't want a club that is fighting relegation. I want one that has lofty goals - goals to reach in the league and on the international stage," he told DW.

"We want to form the kind of club which has the necessary infrastructure also. And we can now see the stadium, the academy, the infrastructure, and what's most important is that we're also becoming more knowledgeable."

Just prior to kick-off against rivals Slovan Bratislava, most of the 9,300 Hungarian-minority fans sing a song called Nélküled,which means "Without You."

The lyrics allude to the fate of Hungarians cut off from the mother country, after the country lost two-thirds of its territory to successor states following World War I. After kick-off, they also sing the Hungarian national anthem – not the Slovakian.

On the other side of the MOL Arena, many of the 200 Slovan Bratislava fans are wearing shirts saying "Slovakia for Slovakians." They whistle and jeer at the Hungarian national anthem, but are quickly drowned out.

"We don't like them. And they definitely don't like us, I would say," explains Boglarka Bödök of the current league champions. 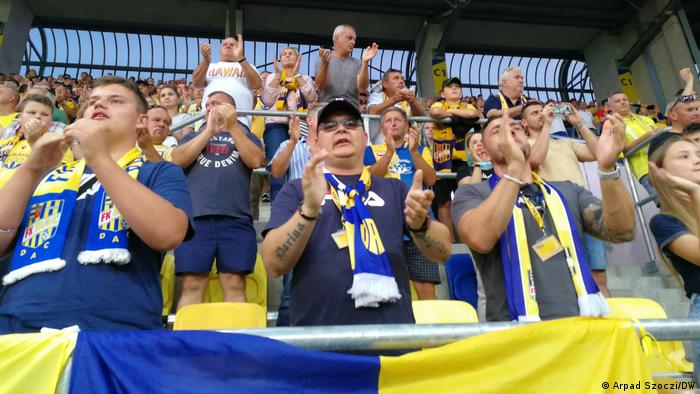 DAC supporters during the 1-1 draw against rivals Slovan Bratislava.

When it came to DAC fans singing the Hungarian national anthem, the Slovakian League Association told DW that they didn't object.

"We do respect the fact that the region is bilingual and many people speak Hungarian and Slovak. This is historical fact that in the southern regions of Slovakia, there are a lot of people with Hungarian origin living there," commented Mertinyak.

The game is tight with the final score finishing 1-1 with DAC denied a last-minute penalty. DAC players know they are experiencing an unusual situation: representing a club from a national minority. French-Congolese winger Yhoan Andzouana joined two years ago and came prepared.

"I played in Catalonia in Spain, so it's similar - Catalonians don't consider themselves Spanish. It's the same thing here."

The question is: Will things boil over? Are fans showing ethnic pride, past hurts, hatred, overzealousness or are they making a statement? Or is it a little bit of all of the above?

A team like DAC inadvertently mixes sports with politics and nationalism, even if that's not its intention or purported by the entirity of their fan base. And their situation is not unique.

Similar ethnic Hungarian teams in Romania and Serbia also get financial support, either directly or indirectly from the Hungarian government, which helps fund their youth teams and other projects.

DW asked the legal department of the European Commission if that is true, but no information was provided as to whether Romania's claim is valid. However, it did say the following:

It's estimated that Hungary has spent tens of millions of euros on these clubs, but the government did not respond when asked about Romania's criticism. 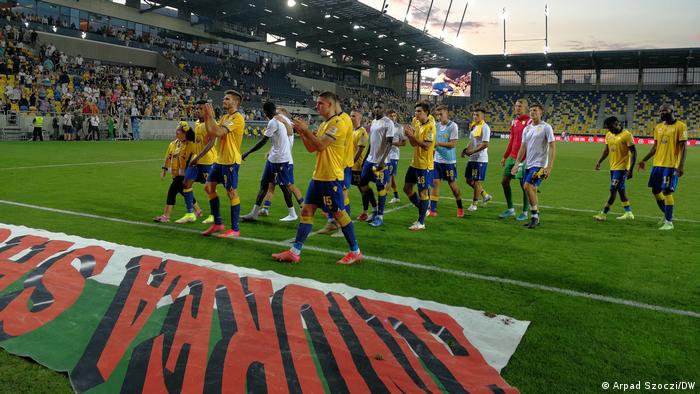 Part of DAC's stadium was funded by a Hungarian multinational.

What it's all about

In Slovakia, investigative reporter Roman Cuprik told DW that DAC are "officially" doing nothing wrong, but that it's "morally" questionable.

He and other colleagues had done an investigative piece on the issue for the country’s largest news portal – SME. "We didn't find anything illegal," said Cuprik. "I was also specifically looking for possible abuse of funds – such as a recipient building a new house all of a sudden - but I didn’t find such a case. What is evident though, is that recipients are people who support Fidesz and [Viktor] Orban."

Back at the game, the Slovan Bratislava fans made their feelings heard throughout a fiery encounter. Boglarka Bödök though, is less interested in the politics and more focused on enjoying the supporters' return following the coronavirus pandemic. Though some restrictions still apply.

"I felt great. It was an uplifting experience to be back in the stadium with that many people," she says following a hard-fought 1-1 draw that included late drama with DAC denied a last-minute penalty.

After all for the DAC fans, irrespective of results and the clamor surrounding the club off the pitch, it still boils down to their passion for 90 minutes of the beautiful game on the pitch.