Activist groups in Syria say dozens of people have been killed in the Hama region, blaming the government. Reported death tolls vary, the apparent attack coincides with key talks in Turkey. 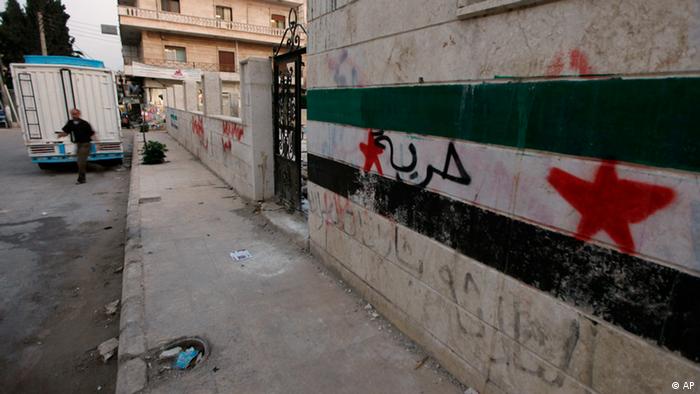 Opposition forces in Syria said the military and militia loyal to President Bashar al-Assad killed dozens of people in two villages in Hama on Wednesday. Death tolls in the apparent killings ranged from 23 to more than 100, but could not be independently verified.

Activist groups said that the government shelled the villages of al-Qubair and Maarzaf, before pro-government militiamen - known as shabiha - moved in. The pattern of events recounted by opposition groups was reminiscent of the May 25 killings in Houla, where 108 people are thought to have died.

State television, meanwhile, reported an attack launched on an "armed terrorist stronghold" in the village, saying the military was responding to an appeal from locals.

The Syrian Observatory for Human Rights, a group based in Britain, said its observers on the ground had confirmed 23 deaths.

"The Syrian Observatory for Human Rights calls on the international monitors to go immediately to the area. They should not wait until tomorrow to investigate this new massacre," the organization said in a statement. 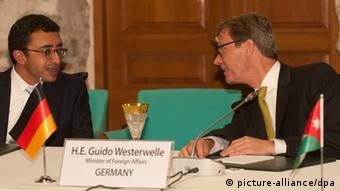 Germany is also represented at the 'Friends of Syria' conference

The fresh reports of bloodshed coincide with high-level "Friends of Syria" talks in Istanbul that were set to conclude on Thursday. Fifteen countries consisting mostly of Arab League and European countries, along with the US, are represented at the talks.

French Foreign Minister Laurent Fabius told the AFP news agency on the sidelines of the talks that he rejected a Russian suggestion to involve Iran in negotiations on Syria. He said Iran would "in no case" be involved in future talks, "because that would be contradictory to the goal of applying strong pressure on Syria, and it would have some impact on negotations concerning Iran's nuclear program, which is not desirable."

Russian Foreign Minister Sergei Lavrov had previously said Iran's influence over opposition groups in Syria made it a suitable country to include in future talks. Russia, along with China, opposes international intervention in Syria, saying such action could further destabilize the region.

Russia and China, both permanent members of the UN Security Council, said on Wednesday that the international community should redouble efforts to salvage the tentative peace plan brokered by special envoy Kofi Annan.

German Foreign Minister Guido Westerwelle also said in Istanbul on Wednesday that the international community should not give up on Annan's six-point peace plan, though he conceded there were "growing doubts" as to its viability.

In March the UN estimated that 9,000 people had died in the Syrian unrest. Opposition groups have issued more recent estimates as high as 13,000.

Rifaat al-Assad, dubbed the butcher of Hama, was exiled by the Syrian president's late father. He was facing four years behind bars in France for laundering embezzled funds.

Expert interview: What Russia did in Syria may predict what happens next in Ukraine 15.04.2022

There are some striking parallels between Russian military tactics in Syria and now in Ukraine, says Hanna Notte, an expert at the Vienna Center for Disarmament and Non‑Proliferation. Examining them further is useful.