Opinion: Wishing for the apocalypse

There is growing criticism of Angela Merkel in Germany. There are increasing indications that her own party is distancing itself from her. What is odd is the apocalyptic mood in the media, says Christoph Strack. 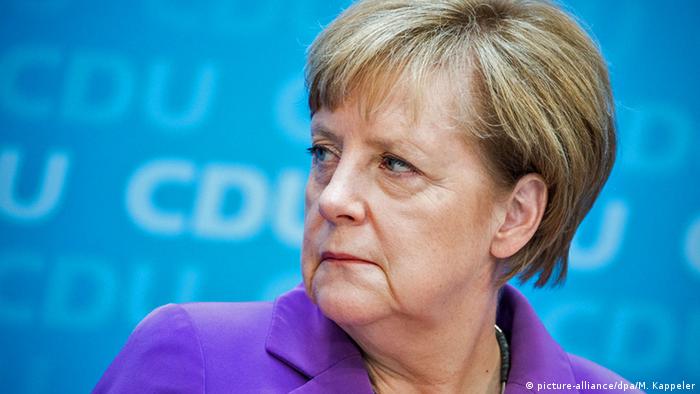 And back she goes again. On Wednesday, Chancellor Angela Merkel is heading to the Bavarian town of Wildbad-Kreuth for the second time this year. Two weeks ago – for the first time as chancellor – she faced the regional committee meeting of her sister party, Bavaria's Christian Social Union (CSU). Now – also for the first time as chancellor – she's attending the CSU's closed conference in the Bavarian state parliament. She needs to get her message across.

Germany is boiling. Much of the German media is boiling. More than a million refugees in the country and more and more problems - some predictable, some surprising and disturbing. The country is expressing opinions with a new dimension of harshness. And a sense of schadenfreude accompanies both the disastrous situation and the apocalyptic scenarios. The motto seems to be: Better to criticize than be criticized. Merkel, whose "humanitarian imperative" opened up the (German) borders to refugees, is at the heart of the criticism – the degree of which is surprising, despite the drama.

Everyone against the chancellor

Example No. 1: "CSU puts pressure on Merkel again" is the headline in the Neue Zürcher Zeitung, and many German media outlets are saying the same thing. This is half true. The correct formulation would be: "CSU keeps up the pressure on Merkel." The desire of the little Bavarian sister party and its chairman Horst Seehofer to annoy its CDU boss, whom it has never taken to its heart, has not abated, despite a "peace summit" last autumn.

Hence example No. 2: "Edmund Stoiber threatens the chancellor" writes the Süddeutsche Zeitung. Another headline to raise a wry smile. For one, in recent years the left-liberal Munich-based newspaper has deemed Stoiber and his utterances, more often than not, worth little more than distant, humorous observation. For another, even the CSU's adoration of their luckless 2002 chancellor candidate had cooled in the interim. Now, though, he's allowed to speak - because everyone's allowed to now. It's everyone against the chancellor.

That doesn't mean that there would be no justification for questions and criticism of Merkel's political course. To put it mildly, Germany has an interesting political year ahead of it, and this has been exacerbated by the dramatic events of New Year's Eve in Cologne. But even before the end of last year, it was clear that the parties' traditional political warmup would be the start of the election campaign. Because in less than two months' time, three German states will go to the polls in local elections. For the CDU that day could become a day of internal reckoning with its party leader, Angela Merkel.

In recent years, the CDU has frequently celebrated Angela Merkel as its top woman: the great European who kept the EU on track, who helped defuse the Ukraine crisis, who was named "Person of the Year" by the Times of London in 2014 and by the US magazine Time in 2015. Yet in so doing many people chose to ignore the fact that things were getting increasingly difficult domestically, and still are. Certain omissions were also becoming apparent: from the cost of the Greek bailout to the continual deferment of an immigration law.

This year will not only determine the future of Merkel's chancellorship; it will also affect the way that chancellorship is viewed as a whole. Merkel's return to Wildbad-Kreuth shows that this is a decisive situation. But as yet nothing is decided. Even if critics and the media can't wait for the decision.

Opinion: In France, no one is above the law 16h ago

Opinion: Myanmar sanctions will not stop the bloodshed 23h ago