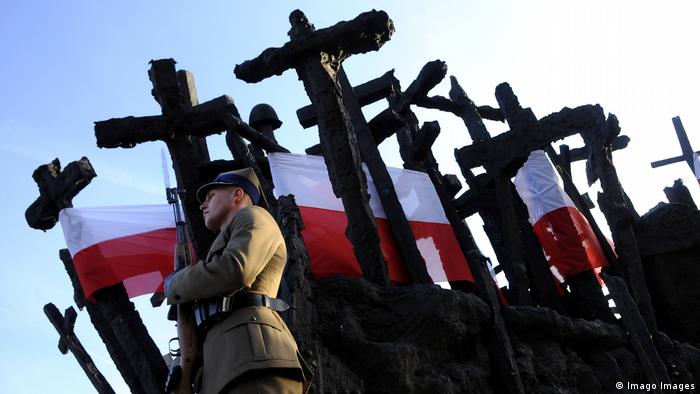 Shared memories of WWII are fading as the generation for which the war was a personal experience passes away. As a result, the conviction that the war was part of the European past, but not Europe's future is fading too. In May last year an opinion poll conducted by the European Council for Foreign Relations in a number of EU member states revealed that Europeans aged between 18-24 are most likely to believe that a war between European nations is possible in the next 10-20 years. This stance signals an end to the post-WWII world even before the coronavirus arrived.

"Perhaps the reason we never learn from history," wrote the American poet Charles Simic, "is that we are incapable of picturing the reality of war and its aftermath, for fear that if we did, we would stop believing both in God and in our fellow human beings."

Seventy-five years after the end of World War II, there will be no major celebrations of the war's end in any European capital because of COVID-19. But it is not only the coronavirus, it is also the virus of historical revisionism that has hit Europe. What we witness in Russia and some Eastern European countries is a weaponization of the memories of the war. Rejecting a government's narrative is deemed a crime.

The wars over truth and memory

In the Kremlin's official narrative anyone opposing the Soviet occupation in Eastern Europe after 1945 is a fascist, and any criticism of Stalin's policies is a deliberate attempt to diminish the crucial role of the Red Army in defeating Adolf Hitler. There is an abundance of Eastern European narratives that mirror the Russian one — everybody who fought against the Soviets, including those allying themselves with the Nazis, are praised as heroes. 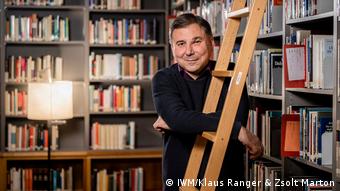 Krastev says what matters is not victory, but liberation

But history is more complex. As the Buchenwald-Foundation Director Volkhard Knigge told the American philosopher Susan Neiman, author of "Learning from the Germans," in order for this black and white narrative to be true, "you'd have to have a concentration camp without communists and a Soviet camp without Nazis." But Buchenwald, which was a concentration camp during the Third Reich and a Soviet camp after the war, is the best illustration that such politically correct camps are nothing but fiction.

But recognizing complexity does not mean that those on both sides of Europe's history wars are equally wrong. The Kremlin can legitimately insist that the sacrifice of Soviet people should be recognized. But the accent is here on "Soviet," as opposed to the "Russian" people. There were millions of Ukrainians, Georgians, Central Asians who died fighting Hitler. In Belarus every third person did not survive the war.

The definition of liberation

In 1985, German President Richard von Weizsäcker made history by calling May 8 Germany's Day of Liberation. He told his compatriots that while it is true that Germans also suffered greatly during the war and that injustice had been done to Germans after the war, Germans do not have the right to call themselves victims, because they were responsible for the immense suffering of others and for the Holocaust. But while Germans do not have the moral right to call themselves victims, they have the right to call the end of the war "liberation" — because Germany lost the war, and as a result of it gained its liberty. And what matters is not victory, but liberty.

It is this German lesson that is lost in Kremlin today. What makes Central and Eastern Europe different from Western Europe when it comes to the end of WWII is that Eastern Europeans could not declare May 8, 1945 the day of their liberation.

The arrival of the Soviet army was victory over Nazi Germany, it did not liberate their countries. President Vladimir Putin refuses to accept that the fact that millions of Soviet people died driving the Nazis from Eastern Europe does not give Moscow the right to decide when Eastern European countries should celebrate their liberation. The sacrifice of Soviet soldiers demands respect and any attempt to diminish the Soviet Union's role in defeating Hitler equals historical revisionism, but the monuments of Soviet Marshals and tanks cannot be called monuments of liberators if Eastern European societies do not see them as such.

It was not the Allies, but the German president, who, 40 years after the end of the war, declared May 8 as Liberation Day. And it is Eastern Europeans who will decide what to call their liberation day.

Ivan Krastev is a Bulgarian polictical scientist. He is chairman of the Center for Liberal Strategies in Sofia and a permanent fellow at the Institute of Human Sciences in Vienna. His most recent book, co-authored with Stephen Holmes, is "The Light That Failed."