Cuba's government is treating Fidel Castro's 90th birthday like a success of the revolution. But this excessive personality cult can't drown out the disillusionment of the Cuban people, Cuban author Amir Valle writes. 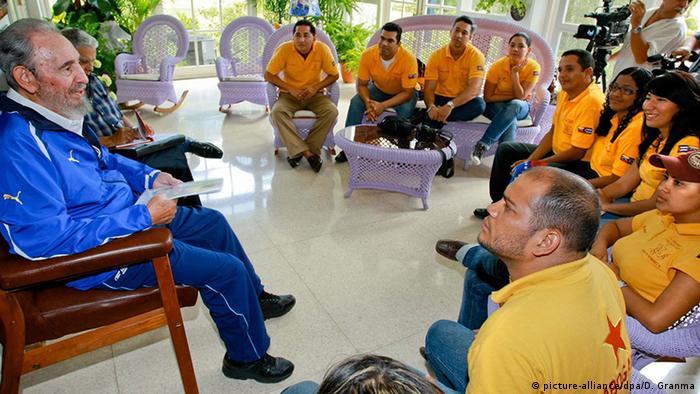 Decades ago, Fidel Castro's personal doctor founded the "120 Years Club" and said the then-president would survive to 140 - proving that a person with the right lifestyle could live longer than the biblical figures who led the Israelites to the promised land. The rest of the club's members are dead; only Castro has survived, and thus created the myth that he was the messiah whom Cuba needed to avoid a system that excludes the poor.

But now Castro is turning 90 - and without having fulfilled the promises he made in his famous 1953 "History Will Absolve Me" speech, which came after he was convicted of storming the Moncada Barracks. His promises even became part of his political program after the revolution's victory in 1959.

But neither the program nor the splendid reforms implemented by his brother Raul decades later to prevent the economic and social downfall of the island did what they were supposed to. They only exist in the realm of a demagoguery that still manages to deceive the world despite its failures. But it cannot deceive the Cubans. 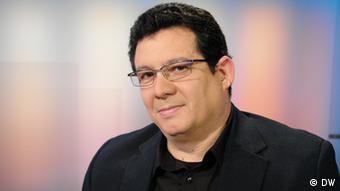 Born in Guantanamo in 1967, Amir Valle is a Cuban author, journalist and literary critic. He has lived in exile in Germany since 2006

The revolutionaries have passed their power to loyal heirs, the neo-Castrists. This process has been shamefully aided by democratic nations whose negotiations with Cuba are motivated by their own economic and strategic interests. They are turning themselves into the accomplices of a government that has condemned Cubans to parallel worlds.

First, there are the concessions that US President Barack Obama has made in the hopes that lifting the US's five-decade embargo would nudge Cuba toward societal change. Then there are Russia's repeated attempts to win back its strategic position in Latin America, and with Cuba as its base again. And then there are the suggestions for economic cooperation coming from the European Union. All of these are consequences of the slow rapprochement between the United States and Cuba.

But, on the other side, there remains Cubans' desperation over the lack of urgently needed economic reforms. There are the fears of an economic crisis like that of the 1990s, of rapidly rising taxes and bureaucratic stipulations that will further stymie the success of small businesses.

And the state's oppression is getting worse and worse. A dozen dissidents launched a hunger strike to protest the state's brutalizing of peaceful protesters.

Many Cubans do not understand what kind of country they live in. But they understand Europe's attitude toward their government even less. The fact that a French company gets to build Havana's airport but Germany isn't allowed to set up a branch of the Goethe-Institut is a contradiction in their eyes. In the face of the European Union's growing economic presence, Cuba is putting forth conditions for the EU's cultural presence.

Cubans' dissatisfaction is on display in numerous blogs and articles written by a new generation of independent journalists who definitely don't see Castro's birthday as an occasion for expensive celebrations.

But, of course, there's the popular folk band who wrote a ballad for the world's oldest dictator. That song is repeated hymnlike across the radio dial and blasted on loudspeakers across town squares these days - even though fewer and fewer continue to believe in Cuba's messiah.

A turning point in Cuba? Fidel Castro left quietly. And Raul Castro wants to step down in 2018. Bernd Wulffen, former German ambassador to Cuba is certain: The new political generation will be more flexible. (21.04.2016)

Fidel Castro has told members that he will die soon, but he urged the Communist Party congress to keep his revolutionary ideas alive. His brother Raul Castro will continue to lead as Cuba's president. (19.04.2016)

US President Barack Obama has arrived in Cuba for the start of a key visit and meetings with President Raul Castro. The diplomatic opening is intended to be the centerpiece of Obama's presidential legacy. (21.03.2016)

Russia: Navalny allies detained ahead of mass protests 1h ago