Opinion: Tusk re-election is Poland′s vote for continuity | Europe | News and current affairs from around the continent | DW | 10.10.2011

Poland's prime minister made history Sunday by becoming the first incumbent leader to win re-election since the collapse of communism. This victory is a blessing for Polish-German relations, writes DW's Bartosz Dudek.

It may not have come as much of a surprise, but it was certainly an historic moment. For the first time since the fall of the Iron Curtain, a Polish government was deemed worthy of re-election by the people.

Results show that incumbent Prime Minister Donald Tusk's Civic Platform Party will most likely renew its coalition with the Peasants' Party, after the two parties won a majority of parliament's 460 seats.

The main reason for Tusk's victory is no doubt the economic success Poland has enjoyed over the past years; Warsaw is one of the few countries in Europe that has thrived throughout the global economic crisis.

Unemployment is on the decline in a country where the fruits of booming investment are there for all to have. Next year, Poland will be hosting the European soccer championships for the first time in history; state-of-the-art stadiums are popping up and motorways being built, while existing infrastructure is being modernized.

From a foreign policy perspective, Poland also possesses a good hand of cards. Thanks to Tusk's pragmatic policies, Warsaw has become a welcome and reliable partner in Brussels. What's more, Poland - the rotating head of the European Council until the end of the year - has received widespread praise in EU circles, something that will certainly redouble Poland's confidence and benefit its government.

For Polish-German relations, too, Tusk's re-election and the confirmation of his coalition is nothing short of a blessing. 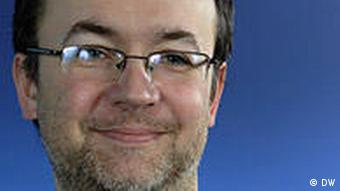 Ahead of the election, Tusk's opponent and political rival Jaroslaw Kaczynski made use of anti-German sentiments in a bid to mobilize conservative voters in the final stretch of his campaign. He accused Chancellor Merkel of wanting to establish Germany's "super-power" presence in Poland and of harboring the desire to retake land which was part of Germany before World War II.

The fact that Merkel became chancellor, according to Kaczynski, is not a "mere coincidence," and there are reasons for her chancellorship which should be examined critically by historians and political scientists.

This attempt to prey upon the fears and prejudices of voters failed. The Polish people are now more open to and accepting of their western neighbors; this, again, is thanks to Tusk's government and the desire to enter a future of solidarity with Berlin and the European Union.

The Polish people voted for Donald Tusk on Sunday, but they also voted to reinforce this push for solidarity with Europe and for continuity.

Polish Prime Minister Donald Tusk made history Sunday by becoming the first incumbent leader to win re-election since the collapse of communism over two decades ago. (10.10.2011)

Polish voters are heading to the ballot boxes to choose their country's preeminent political party. The incumbent Civic Platform party is looking strong, but there are others in the wings ready to take over. (09.10.2011)