Opinion: Turkey steps up fight against ′Islamic State′ | Europe| News and current affairs from around the continent | DW | 24.07.2015

Turkey has belatedly entered the international battle against the "Islamic State." However, the country needs to fight more than IS in order to ensure peace and stability at home, DW's Seda Serdar writes. 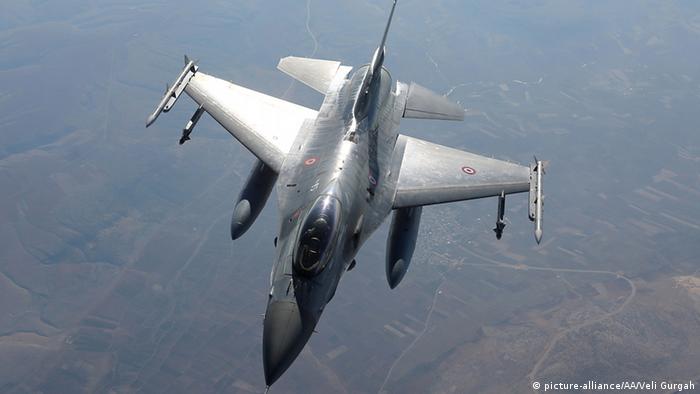 Following the July 20 attack on Suruc, which killed 32 people, Turkish officials finally decided to take strong military action against the "Islamic State" (IS). The first Turkish airstrike on IS, which took place at 3:40 a.m. Friday (0040 UTC), also hints at a change in the country's policy toward the fight against the group.

The reason behind the airstrike is not only the attack on Suruc, but also the growing threat along Turkey's border and within the country. Just a few days after Suruc, IS militants opened fire on Turkish forces, which led to the military response. This also comes after almost one year of negotiations with the United States and increased diplomatic correspondence in the past few weeks concerning Turkey's contribution to the fight against IS.

A closer cooperation has also led to the opening of the Incirlik air base, which is a huge advantage for coalition forces. Until Friday, the base had been used for logistical and intelligence support. Now, coalition forces will be able to launch strike missions from Incirlik.

This means that anti-IS aircraft will need to fly a shorter distance to hit the targets. They will be able to stay in the area longer to pursue attacks. However, even though this is a military advantage for the coalition forces, it will also make Turkey a bigger target in the eyes of IS.

The US desire to use the Incirlik air base has been present since coalition forces started bombing IS targets last year. However, this did not fully materialize as President Recep Tayyip Erdogan and President Barack Obama failed to see eye to eye on many issues. One of these issues concerned the fight against IS. Obama's priority was to degrade and ultimately destroy IS. However, Erdogan believed that this could not be achieved without the removal of Bashar al-Assad, who for decades is known to have harbored fighters for the Kurdistan Workers' Party (PKK), a terrorist group.

On the other hand, when the offensive against IS began, Turkey was faced with a hostage situation. Forty-nine of the country's citizens - including the consul-general - were captured in Mosul in June 2014. This was resolved without casualties, but the price was still high for Turkey. Even though it understood the seriousness of the threat, the government did not take the right steps to combat this terrorist organization. The wrong policies in this field led not only to the Suruc attacks, but also to the clashes between the PKK and IS, threatening peace within Turkey.

This brings us to the second part of the problem. The peace process in Turkey to end the 30-year fight with the PKK has long stalled, and the prolonged efforts to form a new government following the June elections have not helped either. In recent days, an increase in attacks by the PKK on Turkish security forces has shown that this problem is ongoing.

Almost simultaneously with the airstrikes at the Syrian border, more than 5,000 officers began a crackdown on terrorist cells all around Turkey. It seems that the United States and Turkey have come to an understanding as to the necessity of combating all kinds of terrorism and not just the one perceived as a bigger threat by the international community.

The most important aspect for Turkey at this point is to aim for peace and stability at home. Turkish officials openly stated that this is not a one-time strike and that the fight against terrorism will continue. While the country has to defend itself from terrorism, it needs to avoid falling into a state of chaos.

Multiple steps need to be taken to ensure this. First of all, the animosity that has been created within Turkish society has to come to an end. All political actors need to call for national unity, as terror in all forms is the biggest enemy. Second of all, Turkey has to speed up efforts to secure the border. The reports, which point at a three-year timeline, are discouraging. And, last but not least, Turkey has to look inward socially and ask why hundreds of young people are joining IS - and the country has to come up with concrete measures to fight IS propaganda.

Have something you want to add? Share your views in the comments below.