Opinion: Trump′s America is beginning to look a lot like China | Environment| All topics from climate change to conservation | DW | 26.01.2017

totalitarianism in the making 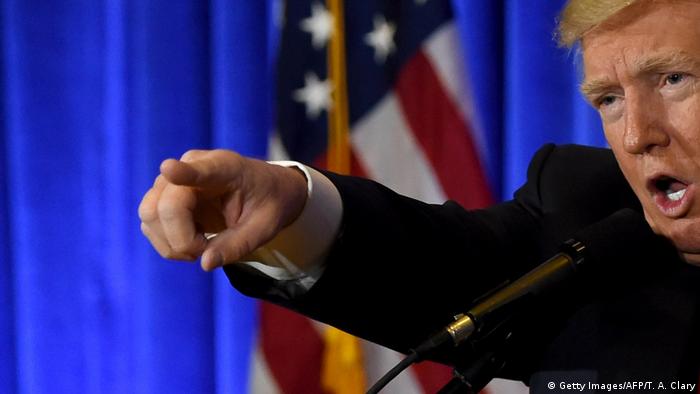 Trump's war on the environment has begun - and information is its first target.

After ordering a contract freeze and media blackout at the Environmental Protection Agency on Tuesday (24.01.2017), the administration on Wednesday went even further by mandating that any studies or data from the public agency undergo "review" by political appointees before being released to the public.

The administration also reportedly instructed the EPA to remove the climate change page from its website, proving citizen-driven efforts to collect and protect climate data prophetic.

The Department of Agriculture also on Tuesday issued an order banning scientists and other employees in its main research arm, the Agricultural Research Service, from publicly sharing results of its work.

The Trump administration temporarily shut down the National Parks Service's official Twitter account last Friday after it retweeted, among other things, a note that the new government had removed references to climate change from the White House website.

Specific offices of the National Parks Service, which is under the Department of Interior, were also targeted by the Trump administration after tweeting facts and information about climate change. While some tweets from the Badlands National Park account were deleted, rogue actions seem to be spreading to other park service accounts.

Under a broad call to "resist," National Parks Service employees have even set up an alternative Twitter account.

Add to Trump's acts of suppression sweeping executive orders, including to "fast track" development of controversial oil pipelines and build a border wall (which may never happen).

Trump is also reportedly preparing an executive order to cut funding to the United Nations and review multilateral treaties including the Paris Agreement on climate change.

Taken together, this paints a frighteningly undemocratic picture of unilateral control over public institutions.

In fact, the picture it paints is reminiscent of another world power: China.

From authoritarian to totalitarian

Information is power - and the authoritarian Chinese government is notorious for suppressing it. This applies to environmental matters as well.

But China, at least, acknowledges the very real risks of climate change. The country is pledging to reduce emissions, and building out its renewable energy capacity.

Therein lies an important difference: Trump's America is all about handing out gifts to his fossil fuel cronies. On the same day he ordered the EPA media blackout, he sat down with beaming automobile executives to talk about how "out of control" environmental regulations are.

Make no mistake: This is special-interest politics at its most extreme.

United States environmental policy under Trump goes beyond China's authoritarianism, since it doesn't acknowledge - indeed, is trying to suppress - the basic fact that climate change exists.

If China with its single-party system is authoritarian, Trump with his actions is totalitarian.

Muzzling public agencies, strangling down their funding, removing their regulatory authority - will benefit only a few already wealthy businessmen. At the expense of the people.

The Environmental Protection Agency and the Department of the Interior are taxpayer-funded institutions - therefore by the people, for the people. They exist to ensure clean air and clean water, and land use that manages wildlife and ecosystems in balance with human needs.

Americans who support their right to clean air and clean water, and public lands managed in the public interest: It's time to stand up totalitarian policies.

It is time to resist.

Lest we allow special interests to complete their takeover of the US government.