Opinion: The year of last chances

All EU states should finally join the plan to tackle the migration crisis, says Jean-Claude Juncker. But his recent speech revealed both his frustration and Merkel's increasing isolation, writes DW's Max Hofmann. 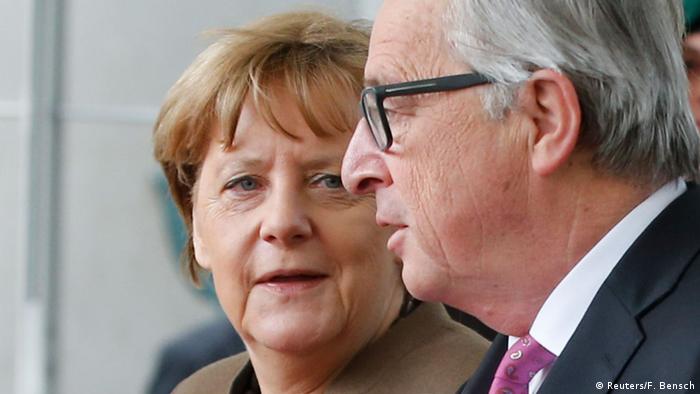 At the beginning, the New Year's press conference held by the EU Commission president seemed matter-of-fact. He reviewed the past year, spoke of relations with the EU Parliament (a success story) and the stagnating investment funds (so far, not such a success story).

And then once again, he urgently appealed to member states to finally meet their responsibilities, especially in the migration crisis.

"I am sick of the commission having to take criticism while the member states aren't fulfilling their responsibilities." Journalists in Brussels have often heard this sentence, but the words never been so laden with Jean-Claude Juncker's frustration. The man who dubbed it "the last-chance commission" when he took over as head of the EU's executive body is now aware that this chance may be missed. All plans aimed at bringing the migration crisis under control - securing external borders, setting up "hot spots" to register migrants and, centrally, the fair redistribution of refugees within the EU - have so far proven to be nothing but smoke and mirrors. 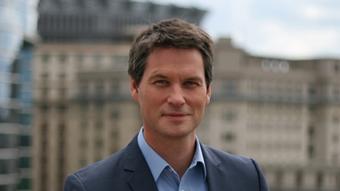 Merkel has fewer and fewer allies

The president of the EU commission fiercely exclaimed that he did not want to give up, but the facts tell another story. The member states are supposed to relocate 160,000 refugees – a drop in the bucket compared to the total number in Europe. But they are not even coming close to managing this task. So far, only a few hundred refugees have boarded planes to head out to a new home in the EU as envisaged by the relocation plan. And despite official resolutions, the so-called Visegrad Group in the eastern EU, especially Hungary and Poland, simply refuses to take part. Even in countries like France, the plan has not gone down very well.

German Chancellor Angela Merkel, who stands for this plan like no one else, is slowly losing allies in Brussels. Juncker, whose activities often lead to irritation in Berlin, seems ironically to be one of the last. In the speech, he passionately defended not only the refugee plan, but also the entire EU, his EU, which he has helped build up over decades. He pointed out that the refugee crisis and the ensuing gradual and stealthy reinstatement of border controls threatened the freedom of travel for people in the EU, i.e. the Schengen Agreement. And anyone who jeopardized Schengen also jeopardized the EU Single Market, the labor market and ultimately the euro and the EU, Juncker argued.

No other choice but to close the borders

The German finance minister took the same line in Brussels, thus lending even greater weight to Juncker's words. If Germany was also forced to close the borders, he warned, it would be "an enormous danger for Europe." He is right. But no one has so far said it with the same vehemence. And it has not helped one bit. Anyone who takes the current situation to its logical conclusion knows that in the end, the chancellor and Germany will have no other choice but to close the borders.

In his speech, Juncker also mentioned other European problems in 2016: a possible Brexit, the imperiled rule of law in Poland, sluggish economic growth, and so on and so forth. But only the migration crisis has the potential to deal a death blow to the EU. All the ministers know that, as do all the EU state and government heads. That makes it all the more puzzling why so many are doggedly refusing to make a constructive contribution to a solution. Do they hope that the others will take care of the matter? Is it revenge on Merkel? Revenge for all the long night sittings in Brussels in the past years, or her influence and intransigence on some issues?

The weaker the chancellor is in Germany, the stronger her enemies in the EU will become. Juncker knows that as well. That is also one of the reasons why he stands by Merkel and her plans to address the migration crisis. They are two veterans on the European stage, together at last - but perhaps not for much longer, as there is not the least evidence that this plan will actually work at some point. On the quiet, even seasoned German politicians in Brussels are saying that the idea of a fair redistribution of refugees is already dead. It is quite possible that the final chance has already been missed.

The EU Commission chief has warned member states of the "economic price" for not responding to the refugee crisis. A plan agreed on by EU member states to relocate refugees has proven negligible in its implementation. (15.01.2016)

Opinion: No solidarity when it comes to coronavirus policy 48m ago