Opinion: The DFL needs to make its own league worthwhile

Bayern Munich are 18 points clear and on course to break their own records. There's plenty to love about German football but if it's to remain relevant, something needs to change at the top, says DW's Matt Pearson. 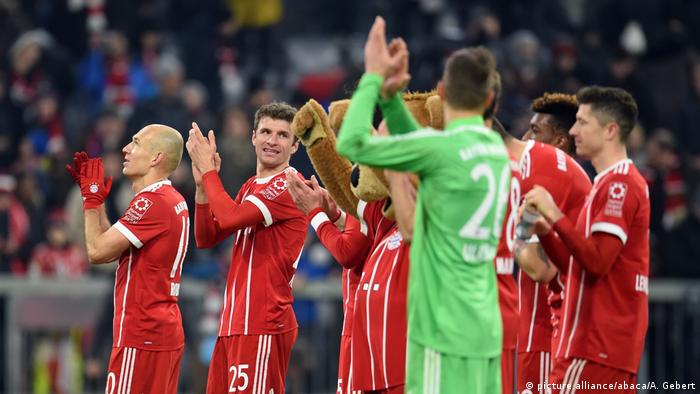 We've known for quite some time that Bayern Munich will make it six league titles in a row. That's no surprise. That they are 18 points clear is not much of a surprise either. And that's a problem for the Bundesliga.

Teams win titles by large margins all the time. In the Premier League right now, the gap from first to second is 16 points, in Ligue Un it's 12 and it's seven in Spain, leaving Italy as the outlier of the major European leagues with a gap of a single point.

But when the same team wins the title five times in a row with an average point gap of 18, a figure almost certain to be extended this season, you either have an exceptional team or a poor league. The Bundesliga has both.

None of this is to knock Bayern Munich. The club have recruited well, in playing and coaching terms, stayed within the 50+1 ownership model and made canny business decisions. Their job is to be the best and they are doing it well.

They, and others, have done it before of course. But no side had ever won more than three consecutive Bundesliga titles before Bayern's latest run. With Dortmund seemingly content to sell anyone who looks good enough to be at the very top level and the rest of the traditional heavyweights at various stages of the rebuilding process, it's hard to see an end to the Bavarians' dominance.

RB Leipzig are perhaps the only team who may have long-term ambitions to de-throne the champions. Putting aside their deeply controversial methods for a moment, they appear ready to invest in young talent and have the backing of a major commercial partner. But their coach Ralph Hasenhüttl recently said: "It is not the task of RB Leipzig to think about how to close the gap to Bayern."

He's right, it's the job of the German Football League (DFL). Stadium atmosphere, ticket prices, fan engagement and 50+1 are all major assets for the German game that need protecting. But without comeptition, it's hard to see the league retaining it's 'big five' status and the European coefficient that grants it four Champions League spots. 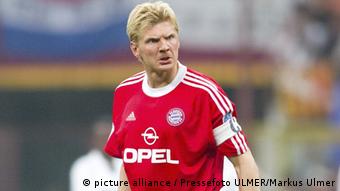 So what can be done? Short of docking Bayern 20 points a season and seeing what happens, there's no silver bullet.

Former Bayern captain Stefan Effenberg recently suggested splitting the league in two at the start of the season and having those nine teams play each other home and away, followed by further mini leagues that would decide the title and relegation issues. The idea was given short shrift by Jupp Heynckes a day or two later.

On Sunday, Borussia Dortmund CEO Hans Joachim Watzke agreed with his rival when questioned on the potential for play-offs.

"By far the most honest competition is the German championship. There you will be rewarded for your performance over 34 games," he said.

Play-off systems for season-long leagues are always unsatisfactory. Anyone with a sporting bone in their body would surely agree that the current system most fairly defines the best team. But perhaps there are ways to mitigate the huge difference between the best and the rest. 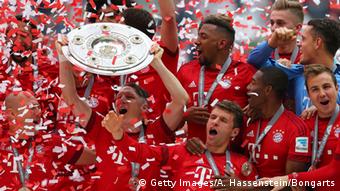 This has become a familiar sight in recent years

One that springs to mind is to redistribute TV money in a more equal way. Currently 65 per cent of the yearly pot is divided equally between the teams, while the rest is divided according to league positions in the last five years. This means Bayern get three times as much as Leipzig and almost three times as much as Bundesliga ever-present Hamburg.

The €55 million a year difference between Bayern and Hamburg won't bridge the enormous gap between the clubs overnight but, over time, perhaps a totally equal distribution among the 18 clubs would make some difference.

The need for change is born of frustration, boredom and a desire for true competition. Regrettably the ideas on the table are either throwing the baby out with the bathwater or don't make a big enough impact to solve the problem.

But it's not the job of ex-players, journalists or fans to come up with the ideas, it's up to the DFL. Let's hope they're up to the task.