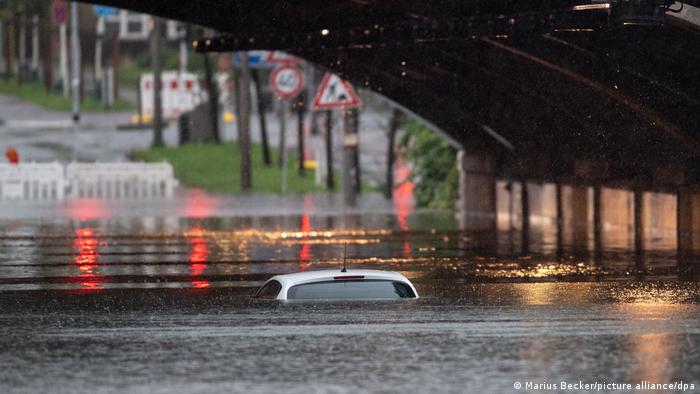 Faced with disasters like the recent flooding, Germany — and the world — needs to adapt

The extent of destruction and death wrought by Germany's recent floods is slowly becoming apparent. Dozens of people have died, with many still reported missing. The disaster has devastated entire towns, washing away residential houses, cars and trees. 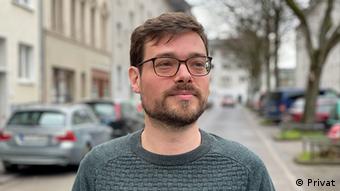 Natural disasters are nothing new. They occurred long before the advent of the industrial age, when humans began burning fossil fuels on a large scale.

Over time, however, atmospheric CO2 concentrations have doubled, raising Earth's temperature by 1 degree Celsius (1.8 Fahrenheit). A greater frequency and intensity of natural disasters has been the consequence.

As vast swaths of western Germany are dealing with one of the worst floods in years, parts of North America are grappling with scorching hot temperatures that have left scores dead and sparked forest fires that have proven very difficult to contain. The Northern Hemisphere, in short, is facing a climate crisis.

Time to talk about protective measures

Fortunately, there is finally talk of mitigating climate change — that is, taking measures to counteract its gravest consequences. The European Commission has just unveiled its "Fit for 55" plan, a package of revisions and regulations targeted at drastically cutting greenhouse gas emissions. One key policy stipulates that by 2035 sales of vehicles with internal combustion engine cars will be banned.

But Armin Laschet, who leads Germany's center-right CDU and is vying to succeed Chancellor Angela Merkel in September, has said lawmakers should not set specific phaseout dates. Swedish climate activist Greta Thunberg, meanwhile, has lambasted the EU proposal, writing: "Unless the EU tear up their new #Fitfor55 package, the world will not stand a chance of staying below 1.5°C of global heating."

At 32, I'm closer to Thunberg than Laschet, age-wise. The floods and heat waves we are witnessing today are frightening. Are they merely a taste of what's to come once I reach Laschet's age? And what will coming generations be up against? What we need, therefore, are mitigating measures against climate change, alongside steps to adapt to a warming planet.

Germany's Federal Statistical Office recorded an 11% increase in deaths during a weeklong heat wave this summer. It is almost unimaginable what would happen if temperatures were to rise to 46, 47 or even 49 degrees Celsius (120 degrees Fahrenheit), as they have done this summer in the Canadian town of Lytton. Lytton, incidentally, lies near 50 degrees north latitude, just like the German towns of Boppard and Coburg, in central Germany.

This means we should be taking safety precautions. Reconfiguring our cities could help, for instance by ensuring air can properly circulate in urban conglomerations. Preserving or cultivating green spaces can help lower temperatures. Concrete structures and asphalt surfaces, after all, lock in the heat.

There are numerous tried-and-tested tools for dealing with heavy, incessant rainfall and flooding. These go beyond high-capacity sewage pipes and non-return valves. Indeed, dikes, weirs and retention basins further reduce the risk of catastrophic flooding.

Regional flood plains act as an additional safety precaution. Cities should consider designing and designating similar flood prevention zones. Rotterdam, for example, boasts a main square with three large basins that can capture rainwater. When the weather is pleasant, meanwhile, locals can hang out on the steps, or go skateboarding.

Miami Beach, meanwhile, is taking urgent action to avoid flooding as seawater levels rise and hurricanes intensify. Authorities there are working to elevate the city and install a network of underground pipelines, basins and powerful water pumps.

Countless safety measures like these have been dreamed up already. While they will not work as a panacea and shield us from all destruction wrought by extreme weather events, they can surely minimize the damage.

Above all, we need to cut CO2 emissions — and develop a greater awareness for how we can protect ourselves against the devastating impacts of climate change.

Davos: Germany's Olaf Scholz says silence on Ukraine is not an option 1h ago

Indonesia: Militant sentenced to 15 years in jail over 2002 Bali bombing 3h ago