Russia's response to the recent doping allegations shows that the country is living in a parallel universe. This increasingly resembles the old Soviet Union and forces Russians into isolation, writes Juri Rescheto. 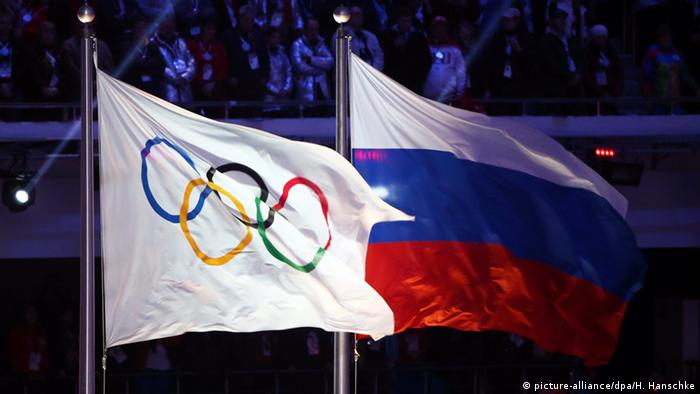 'Until the rooster pecks your butt' - that's how Russians colorfully describe a phase of long waits, perpetual inaction, habitual procrastination. It is likely that the rooster will peck the whole country on 17 June, when the International Association of Athletics Federations (IAAF) bans Russian athletes from taking part in the Rio Olympics - that's the expectation in Moscow by now. The doping allegations are too severe, the counterarguments are too weak. And - "Russia will be punished anyway." That's the essence of most reactions here. Too bad.

Those who have been planning their participation at the Olympics, either directly or indirectly, are now looking for advice: How can I cancel my flight? How do I cancel my hotel reservation? However, dealing with those issues - hypothetical as yet - they fail to see the other, pivotal problem: What's wrong, actually, with Russian sports - apart from the Olympics? And what is the way forward now?

Instead, all we get is oblivion and suppression - along the lines of, 'someone else is to blame.' The evil West, for example, which does not allow Russia to rise up from its knees and retrieve its splendor of old. Come again? Knees? What knees? When was Russia last on its knees? In the early 1990s, perhaps, after the collapse of the Soviet Union; that was 25 years ago. Then came the fat noughties, along with the self-perception developed at the time: no one can mess with us, we are back on the world stage!

It is easy to understand the anguish of those sports fans who lament, 'Why does it always have to be us?' The disappointment of millions of Russian fans who can only partake in what is probably the most emotional and beautiful sports event of all in a rather restricted manner, since their compatriots and idols will, possibly, have to stay at home. 'Why is it always us? Others are taking drugs as well, after all.' Correct. And, by the way, they're pilloried in the same way. The difference is that those others don't unload the guilt onto someone else. One feels sorry, too, for those athletes who have never taken any drugs and could be suspended nonetheless. They have their aims, they're showing ambition, they're sweating, they're full of hope - for now.

Russian Sports Minister Vitaly Mutko's same old tired refrain, according to which the true aim of the doping revelations was solely to sway the abovementioned IAAF's decision on Russia's participation at the Olympics, damages the whole country. Because Russia doesn't learn anything for the future.

The potential expulsion of the Russian athletes could, however, produce one good result. The money saved could finally be used for the construction of a new freeway connecting Moscow and Vladivostok - and a new stadium as well. They could be brought to completion just in time for the 2018 World Cup, provided it will not be cancelled in the meantime - because of corruption.

Russia has denied reports that its sports ministry may be involved in covering up doping cases, saying a German broadcaster is influencing the investigation. ARD is set to air new footage implicating the sports minister. (08.06.2016)

Inside Europe: A bad week for sport?