Opinion: Reclaiming Islam from the Radicals | Europe| News and current affairs from around the continent | DW | 31.08.2004

Opinion: Reclaiming Islam from the Radicals

With two French journalists facing execution in Iraq by Islamic radicals unless France scraps an imminent headscarf ban in schools, Muslims are protesting against the hijacking of their religion by terror groups. 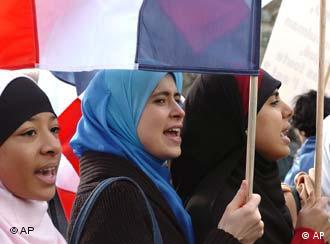 French Muslims say the journalists' kidnapping has no basis in Islam

It is not only the government in Paris and numerous colleagues who demand the release of the two kidnapped French journalists in Iraq who have been threatened with death: There are also many voices from the Islamic world, including Amr Mussa, the secretary-general of the Arab League. 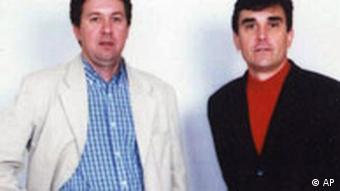 The calls for the release of Christian Chesnot of Radio France Internationale and Georges Malbrunot of Le Figaro newspaper have stressed that from the very beginning, France was opposed to the war in Iraq. Therefore any French reporters on the ground would be operating in a neutral capacity.

But this latest case of westerners being held captive under a death threat in Iraq has little to do with the contentious conflict in that land.

It is claimed that their detention and possible execution in fact has its roots in a situation within France, their own country. The kidnappers from the so-called "Islamic Army of Iraq" are not concerned with France's political involvement in the Iraq war but with the headscarf ban in French schools which comes into effect at the beginning of September.

The kidnapping case has revealed a level of public protest more notable and with more supporters than the amount of Islamic federations who stand against the headscarf ban. The protest is against the kidnapping itself and it is coming from a large contingent of French Muslims.

An insult to all Muslims 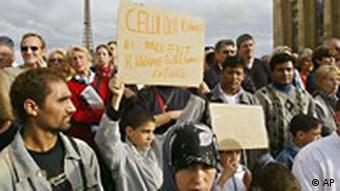 Demonstrators, including journalists and members of the Muslim community, gathered on the Trocadero Esplanade in Paris on Monday to protest against the kidnapping

Those who have joined to protest are angry about the use of the word "Islamic" in the title of the group responsible and in the justification of its actions. They see this as an insult to Muslims all around the world, and reject the claim made by the group that the actions are dictated by the Koran, Islam's holy teachings.

The French Muslims say that the use of terror tactics, the taking of hostages and so-called "executions" of the innocent have nothing to do with the teachings of the Koran and represent the actions and beliefs of individual radical groups. They believe that there is no religious basis for the kidnapper's actions, which are simply abominable.

Prejudices about a "basic radicalism" in Islam continue to spread in the West -- an untruth not only based on a lack of knowledge or superficial reports in the media. Prejudices also spread because few Islamic voices speak out against actions such as the kidnappings, leaving the extremists to comment in the name of Islam -- extremists who consciously want to stoke the fires of the conflict of cultures.

Murder is a bigger threat to Islam than ban

But the example of France shows that things can go differently as well. Not only organizations who promote integration but also regular Muslims and even extremely conservative Islamic groups are opposing the attempt to prevent the headscarf ban by threatening to kill people. 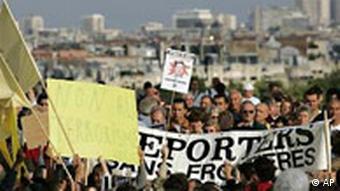 Islamic organizations are committed to reversing the headscarf ban but will not advocate the taking of hostages to achieve it. Their belief that the ban must be reversed in a lawful way points to the fact that even conservative Islamic federations in Europe are becoming more and more integrated into the democratic system and that actions such as the kidnappings only damage their own position.

One can only hope that the actions of French Muslims will have a life-saving effect in the case of the two journalists.

France Calls for Release of Journalists Held in Iraq

The French government, in crisis mode, on Sunday called for the release of two French journalists kidnapped in Iraq by Islamic militants demanding that Paris rescind a ban on headscarves in state schools. (August 29, 2004)