Opinion: Onstage altercation is a new low for the Oscars | Culture | Arts, music and lifestyle reporting from Germany | DW | 28.03.2022

Opinion: Onstage altercation is a new low for the Oscars

A slap onstage overshadows the 94th Academy Awards. Sunday's gala, which was supposed to be a turning point in the history of the US film awards, has instead brought the Oscars to their nadir, DW's Stefan Dege writes. 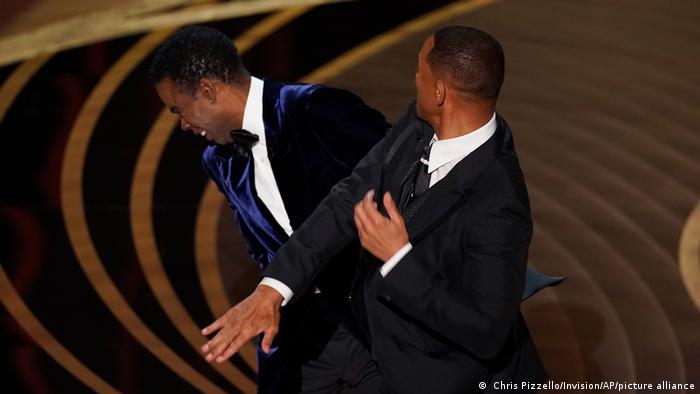 This year's Oscars could have been so enjoyable. Three awards, including best picture, went to the touching tragicomedy "Coda." Two Germans won Oscars. The presenters' show, ranging from audacious to emotional, along with its musical interludes, gave hope.

Then, along came Will Smith. By slapping the comedian Chris Rock in the face, the actor caused the night's scandal. O, Oscars, to what depths can you sink? 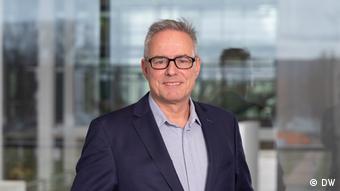 What a low point at the Oscars, says DW's Stefan Dege

Smith was reacting to an offensive joke about his wife's autoimmune disorder. He demystified the glitz and glamour show in one fell swoop, even before he received the Oscar for Best Actor for the biographical film "King Richard." For many, Oscars night was over, and Smith stole the show from of his colleagues.

It remains to be seen whether he will have to return his award or whether the academy will revoke it. Smith's outburst not only harmed himself, but even more so the Oscars. The most American of cinema ceremonies and in existence since 1929, the Academy Awards were just emerging from crisis. Now the 94th award ceremony in 2022 will go down in Hollywood history as the "slap-in-the-face-Oscars." It is not the hoped-for comeback!

In recent years, the Academy of Motion Pictures Arts and Sciences has faced the criticism that the Oscars are too white and too male. Too few female directors and screenwriters were nominated or received Oscars, as well as too few filmmakers of color. Facts and figures have shown that diversity was long a foreign concept in Hollywood. Audiences were noticeably turning away. That forced the academy to think things over.

The results were visible at last night's ceremony: The trio of presenters — comedians Regina Hall, Amy Schumer and Wanda Sykes — were entertaining. The attention on "Coda," Sian Heder's story about a hearing girl who grows up in a deaf fishing family, generated empathy. Incidentally, it was also a first for a film from a streaming service to win the Oscar for best picture.

For many film fans, an Academy Award is still considered the most important cinema prize in the world. But the Oscars remain focused on the United States. World cinema is quite something else — more diverse, more realistic, more international. The innovative filmmakers on other continents and in other nations are not celebrated with awards at the Oscars, but with the Palme d'Or in Cannes or the Golden Lion in Venice.

Before he died in 2020, DW film editor Jochen Kürten called the Academy Awards "misinterpreted in artistic terms and hopelessly overrated." That may be why many viewers initially believed the slap to have been part of the show by Hollywood's dream factory. Instead, it was a low point in the history of the Oscars. Now, things can only get better.