The IS attack on a Sufi shrine in Pakistan shows once again the group's indiscriminate choice of targets. The roots of Islamist fundamentalism must be tackled to rid the country of terrorism, says DW's Kishwar Mustafa. 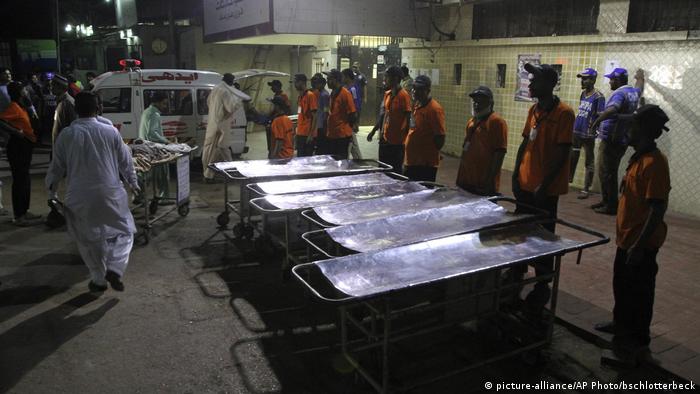 A suicide bomber attacked the shrine of Shah Bilal Noorani in the southwestern Pakistani province of Baluchistan on Saturday, killing more than 50 people and injuring more than a hundred more, including women and children. This barbarous act took place as some 600 pilgrims from all over the country were attending a religious musical ritual(dhamal) at the remote site, which is connected with many semi-historical legends in Pakistan.

The extremist group calling itself "Islamic State" has claimed the responsibility for this terrible attack. It is difficult to understand how the killing of such pilgrims, who come mostly from poor backgrounds, could benefit the declared aims of the terrorists. And it is equally hard to believe the tall claims by the security forces of Pakistan about eliminating the terrorist network by means of various operations. 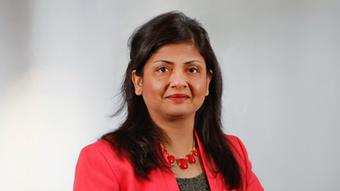 Such attacks on shrines have been happening for many years now, so one would expect the authorities to be on the alert when hundreds of people are visiting holy sites. The curse of terrorism seems endemic to Pakistan, and unless determined and sustainable efforts are made, it is difficult to imagine that places of worship, centers of education and training, and multicultural assemblies of people will ever be safe.

These bloodthirsty fanatics do not seem to be susceptible to any humane ideology: So far, they have indulged in indiscriminate killing of Christians, Hindus, Shiites, and even those Sunnis who observe the peaceful form of Islam that was preached by the Sufis. The shrine of saint Noorani is frequented both by Sunni and Shiite Muslims.

The elimination of terrorism is indeed partly dependent on the efforts and the will of security forces and agencies. But more important than these is tackling the roots from which fundamentalism and fanaticism spring. Pakistan represents South Asian Islam in all its colors, sounds and modes, as nourished by the teachings and assemblies of the Sufis.

Unfortunately, Islamist fundamentalism was encouraged and supported by the former military dictator Zia-ul-Haq to promote the cause of jihad against the Soviets in Afghanistan. Even though this period has ended, the dark shadows of that legacy continue to be a source of bloodshed in Pakistan. It is no longer a secret that these terrorists propagate the Saudi version of Wahabi Islam and target those whom they consider infidels.

Shrines like that of Shah Bilal Noorani provide shelter and food to the poor and the homeless, while also being a venue for mystical and cultural activities like music and dance. Attacking such places not only deprives people of necessary succor, but also of opportunities for expressing their religious beliefs and engaging in cultural practices. The civil and military establishment of Pakistan has to weed out the hideouts of terrorists, destroy their networks and sever them from their patrons at home and abroad.

US: Michigan teen charged with murder, terrorism 4h ago