DW's Peter Philipp says a long visit to Afghanistan by the German foreign minister was meant to counter Obama's call for more German troops in the country and show that Kabul can't be helped by more military power.

No leading German politician has spent so much time -- four days -- visiting Afghanistan. German Foreign Minister Frank-Walter Steinmeier didn't just limit his trip to the obligatory meeting with troops or a photo-op with Afghan President Hamid Karzai. He also visited German aid projects in the provinces, including a water treatment project in Heart and a training course for Afghan police. 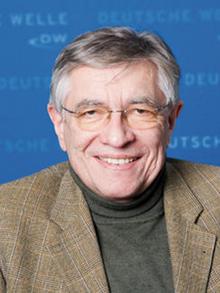 During his trip, Steinmeier concluded with resignation that security has worsened in the country when compared to the past years, and he largely blamed Pakistan's negative influence for the deterioration. But the foreign minister's warning that Islamabad needs to change its stance is likely to fall on deaf ears among the Pakistani military and the ideological supporters of the Taliban. All the more so because Germany has nothing to threaten the country with. How about that it won't buy any more soccer balls made by Pakistani children?

The German foreign minister didn't travel to Afghanistan to supervise humanitarian projects or as a representative of a regional power determined to bring order to Afghanistan. Instead, the timing of his visit had much to do with presumptive US Democratic candidate Barack Obama's much-talked about visit to Berlin and his clear-cut call for Germany to do more for the "mission" in Afghanistan by sending more troops. It's a "mission" whose declared aim is to fight terrorism but it hasn't managed to catch al-Qaeda leaders who have allegedly been sheltering in the Pakistan-Afghanistan border, nor has it managed to prevent the Taliban from regrouping.

Obama has spoken of diverting US troops from Iraq to Afghanistan and he seems, just like the current head of the White House, to erroneously believe that you can stem and even successfully defeat terrorism and Islamic extremism with weapons. He also wants the world to help in the endeavor.

Obama won't manage to sell this to war-weary American citizens very easily. And a government in Berlin -- whether it's the current grand coalition or another constellation -- will not overcome its reluctance and significantly raise its military involvement in Afghanistan. That's why it seemed important to Steinmeier to emphasize Germany's contribution until now with his long stay in Afghanistan.

Of course, the German army, police and aid workers in Afghanistan have been doing a lot of good. But providing drinking water, building schools or training the Afghan police alone can't be the answer to the country's problems. It was clear when the Taliban were toppled seven years ago that Afghanistan needs to be fundamentally reformed while at the same time protecting traditions and creating new power structures. That hasn't happened. From the old warlords to corruption and blooming opium plantations -- much has remained the same.

Even the police have little motivation to sacrifice themselves for bettering Afghanistan. You can't control the situation with fighter jets. Particularly when you strike those very people who you actually want to protect as has happened so often during attacks.

German Foreign Minister Frank-Walter Steinmeier said Saturday, July 26, that violence in Afghanistan had worsened this year and promised more German support for the building and reform of the Afghan police and military. (26.07.2008)

German politicians Tuesday urged Barack Obama not to call for greater troop contributions from Europeans in Afghanistan when he outlines his plans for US foreign policy in a major speech in Berlin on Thursday. (22.07.2008)