Opinion: Lithuania's challenge to China is risky, but clever

The Baltic country's decision to leave the Beijing-sponsored "17+1" format is a reminder of what trans-Atlantic solidarity will mean in the 21st century, writes Konstantin Eggert. 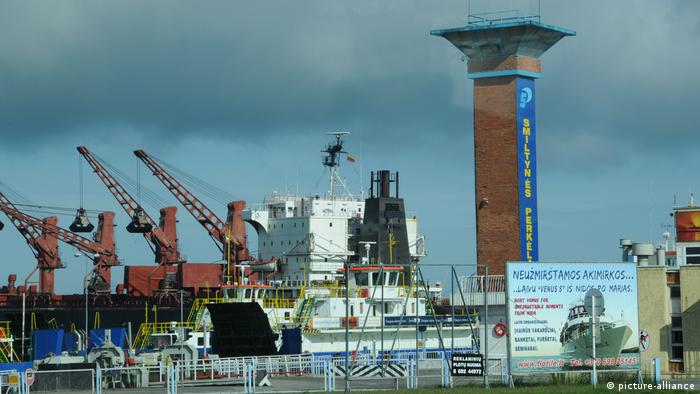 Founded in 2012, the "17 + 1" format, which brings together China with 17 Central European, Balkan and Baltic states, is officially dedicated to developing mutual investment and trade.

But it is better known as a vehicle for China to promote large-scale infrastructure projects within its global "Belt and Road" initiative.

Lithuania's demonstrative rejection of its engagement with Beijing, coupled with its intention to seek trade relations with Taiwan, is an extraordinarily bold move for an EU country, especially after the European Union and China recently reached a comprehensive deal on investments. It also contrasts sharply with the China-friendly stance of some other Central European states, for example, Hungary.

Lithuania prides itself on having a cross-party foreign policy which emphasizes the importance of NATO and principled anti-authoritarianism. Lithuanians like to call their country "a front-line state," facing off with President Vladimir Putin's Russia and recently Alexander Lukashenko's Belarus.

Despite being a country of less than 3 million people, Lithuania is one of the major supporters of Ukraine in its ongoing conflict with Russia, providing training and medical treatment for Ukrainian military personnel, as well as firm political and diplomatic support. It is also one of the major destinations for Russian opposition emigres.

Such a stance frequently raises eyebrows, especially in the EU. "Why is a small middle-income EU country so keen to challenge giants like Russia and China?" is a question that many ask.

The answer lies in history. Lithuanians drew lessons from it, especially in the 20th century when they as well as neighboring Latvia and Estonia lost their independence to Stalin. The main lesson is simple: Respect is the main political currency in dealing with authoritarian regimes. If you want to be respected - stand your ground and be prepared for sacrifices. That approach brings reciprocal if grudging appreciation from the likes of Putin and Xi Jinping.

Now, Lithuania's move is calculated to irk Beijing and dare it to retaliate. If Beijing decides to "punish" Lithuania in the area of trade, then local exporters may benefit from their previous experiences of pivoting to new markets.This happened after Putin introduced an import ban on many EU-produced foodstuffs in retaliation for the EU decision to punish the Kremlin with sanctions after the annexation of Crimea and the war in Eastern Ukraine.

Lithuania hopes that its firm stance against the Chinese regime will be noticed in Washington — the Baltic states' most important NATO ally. The Lithuanians' robust support for the alliance stands in contrast to many other European member states suffering from NATO fatigue.

The Biden administration is developing its China strategy which, it seems, will not differ much from the one developed by its Republican predecessors. Sooner or later other NATO allies will have to formulate their attitude towards the challenges from China.

Lithuania sets a rare European example of firmness and readiness to forsake material gain in the face of the Chinese regime's growing global intimidation tactics. By doing so, it punches well above its political weight and secures attention in Washington. It seems that politicians in Vilnius understand that trans-Atlantic solidarity in the 21st century will mean accepting a new global challenge.

Opinion: No solidarity when it comes to coronavirus policy 18h ago