A London court is set to rule on whether to overturn a decision not to extradite the WikiLeaks founder to the US. Rebecca Vincent from RSF argues if the UK and the US care about media freedom, Assange needs to be freed. 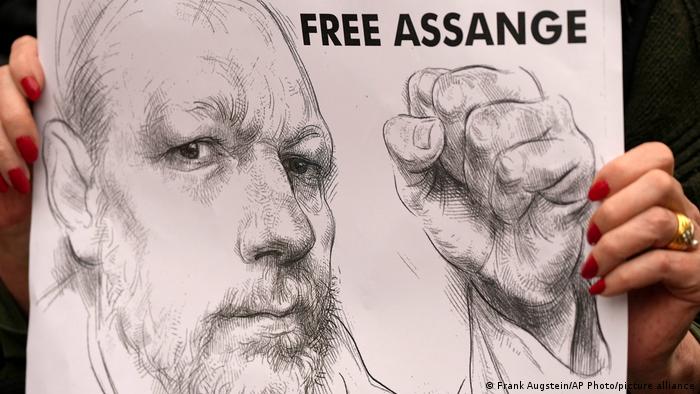 Wednesday marks perhaps the most important momentyet in the case against WikiLeaks publisher Julian Assange. From October 27-28, the High Court in London will consider the US government's appeal against the January decision opposing Assange's extradition to the US, where he would face trial on 18 charges that could land him in a supermax prison for the rest of his life — all for publishing information in the public interest.

The US government will be allowedto appeal on five specific grounds, following the High Court's decision to widen the scope of the appeal in a preliminary hearing on August 11, which now includes the US government's attempts to discredit a key witness who testified on the state of Assange's mental health, as well as other narrow, more technical grounds.

My organization, Reporters Without Borders (RSF), welcomed the decision opposing extradition, but criticized the substance of the ruling, which was based only on mental health grounds. We share the serious concerns about Assange's mental health, and for this reason have stated that his extradition to the US is a possible matter of life or death.

However, the court failed to take a strong position in favor of journalism and press freedom, which we fear leaves the door open to future similar prosecutions against publishers, journalists and sources. 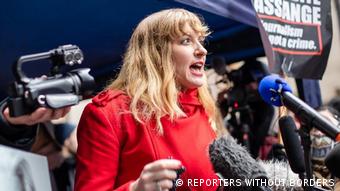 Rebecca Vincent is director of international campaigns at RSF

Targeted for his contribution to journalism

We fully believe that Assange has been targeted for his contributions to journalism, as WikiLeaks' publication of thousands of leaked classified documents - the basis of the US charges - informed extensive public interest reporting by media around the world, exposing war crimes and human rights violations.

We continue to call for the charges against Assange to be dropped, and for him to be immediately released and certainly not extradited to the US. Assange's extradition and prosecution would have severe and long-lasting implications for journalism and press freedom around the world; the impact simply cannot be understated.

RSF is the only nongovernmental organization (NGO) that has monitored the entire extradition proceedings to date, but it has not been easy, due to severe restrictions on observation imposed by the court.

We were hoping to once again be present in court to monitor the historic extradition appeal hearing and analyze and report on proceedings. However, shortly before publication - the morning of the hearing - we were still fighting for court access.

This, unfortunately, is par for the course in a case in which, as I keep repeating, nothing is normal.

During the first-instance proceedings - held for a week in February 2020 and a full four weeks in September 2020, with the decision given in a January 4 hearing - the district judge refused to recognize professional NGO observers as having any role different to the public. 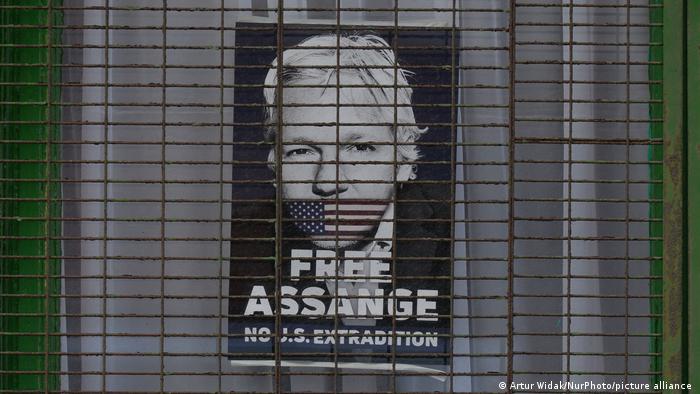 It left us having to fight for very few spaces in the public gallery, which involved queuing for several hours each morning to even get into court, with a range of other ludicrous issues further impacting our ability to monitor — ranging from additional seats being held back for mysterious VIPs who never materialized, to a broken buzzing lighting fixture making it difficult to even hear proceedings.

Barriers to observation in UK courts

Even with COVID restrictions in place, I have been allowed into court in Malta to monitor proceedings connected to the assassination of Daphne Caruana Galizia, and in Turkey to monitor the murder trial of Saudi columnist Jamal Khashoggi, without any access issues.

It is only in the UK that I have faced such extensive and constantly evolving barriers to observation — an experience shared by my RSF colleagues from other country offices who have also been involved in our monitoring efforts.

These access issues, along with the UK's continued detention of Assange in the high-security Belmarsh prison in London for no reason other than the fact that the US is pursuing its appeal, are only serving to tarnish the UK's international reputation.

If the UK government means what it says in its stated commitment to championing media freedom globally, it must lead by example, which it is failing spectacularly to do in this case.

US, UK should champion press freedom

Continuing to pursue the legal case against Assange also serves as a thorn in the side of the US government at a time when the Biden administration is actively seeking to reclaim a role for the US as an international leader on human rights and freedom of expression. 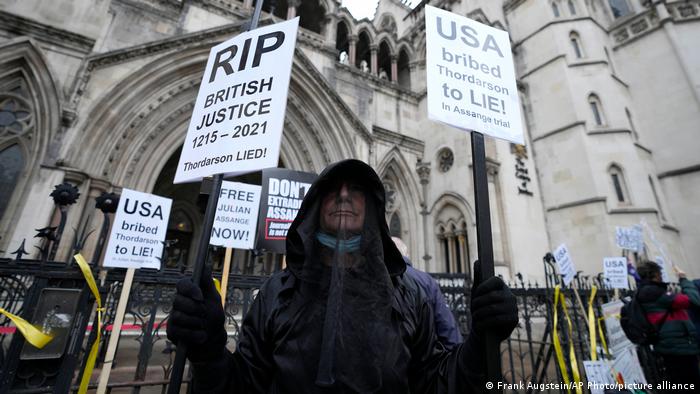 RSF recently joined a coalition of 25 press freedom, civil liberties and international human rights organizations in calling again on the US Department of Justice to drop the charges and close the case once and for all.

It is our hope that this week's proceedings will serve as the end of the decadelong persecution of Julian Assange, and prevent further harm to his well-being, but also to journalism and press freedom globally.

For as long as this continues, a clear and damaging signal is being sent to those who wish to silence critical reporting around the world, that the very states who are looked to as standard-setters are also capable of such acts themselves. It's well past time to put a stop to this travesty.