With the destruction of antique works of art, the "Islamic State" is attacking Iraq's national identity. The works are an expression of the very thing the IS hates the most, says DW's Kersten Knipp: cultural diversity. 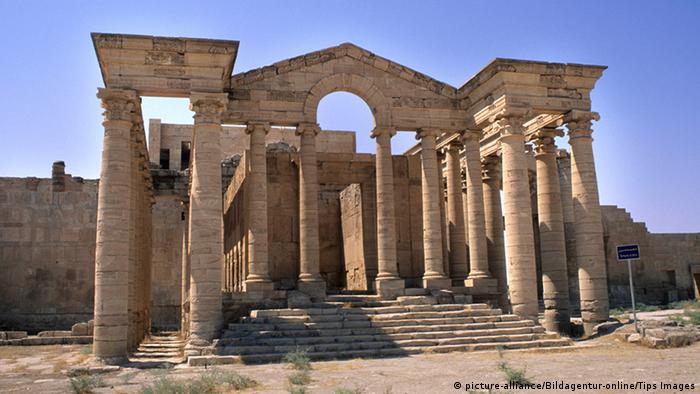 First Nineveh, now Nimrud. Severe attacks on Assyrian cultural heritage, the stony witnesses of Sumerian high culture from the second millennium before Christ. In Nineveh, "Islamic State" terrorists have smashed artistic sculptures that were at one time placed at the gates of significant building to protect them from evil and destruction. They served as symbols of modesty and trust in higher powers in moments where human power wasn't sufficient.

In Nimrud, the terrorists have even gone after the cultural treasures with bulldozers. Even though it's not yet clear exactly which pieces they've destroyed, it's obvious that they are fulfilling their highest cause: destruction, desolation, devastation.

It's not likely that much is left of the temples, palaces and buildings of Hatra, pictured above. And once again, the terrorists have offered the same lazy excuse: They're fighting idolatry.

It's important to look all the way across the globe in order to comprehensively understand what's happening in Iraq right now. More than any other country in the Middle East, it's an intersecting point for a wide variety of cultures. The Mediterranean Sea lies to the west and, while Iraqi territory doesn't extend all the way to the ocean today, the cultures have been linked for ages.

To the east, Iraq borders on Iran, which has age-old ties to northern Asia, Afghanistan, Tajikistan, and China. Turkey lies north of Iraq, and to the south there is the Arabian Peninsula and the Persian Gulf, the waterway that connects Iraq not only to India but also to the Horn of Africa. 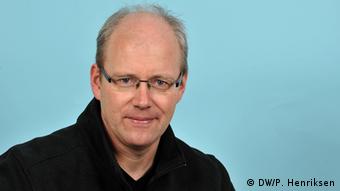 Historians have always been fascinated with Iraq's central location. Its role as a cultural axis point is often regarded as the basis for its cultural wealth both past and present. But this central location has also played a role in the internal struggle to define Iraq's national identity.

The Iraqi state refers to itself as "Jumhuriyyat al-Iraq," the Republic of Iraq. A deeper self-definition has not yet been determined. In other words, Iraq is the home of its citizens, both Muslim and non-Muslim. And of course the Republic of Iraq also stands for all those who have lived in its territory in the past - even those whose culture was extinguished thousands of years ago.

The Assyrian culture, however, has managed to prevail in the present day - linguistically, at the very least. In the Assyrian Church of the East, a Catholic community, the memory of the ancient Iraqi ancestors lives on and is a daily reminder that Islam is merely one element in the country's mosaic of national identity.

That's why the IS has declared war on the Assyrian heritage - along with that of all other non-Islamic cultures. They have so much hate towards these other cultures that they won't even permit their right to the past.

The catastrophe of the present

Modern-day Iraqis have experienced one catastrophe after another. Millions of people were murdered under the reign of Saddam Hussein, who forced his people into war. Then there was the embargo and the US invasion in 2003. This plunged the country into a civil war, out of which the caliphate of terror, the IS, emerged in northern Iraq.

In the past years and decades, not only have countless lives been lost, but also memories and - as a result - identities. If Sunni Iraqis are drawn to the IS, then it's also because the violence-loving present leaves no room for either the past or the future. Under the unceasing violence of recent years, religious sentiment became skewed, sometimes turning malignant, envious and intolerant.

It was only on a distorted perception of Islam that the IS was able to found their rule. Like other tyrants in world history, they are also attacking the most valuable thing a culture can offer its people: the idea that there are alternatives to every way of living and that whatever the situation is, it's not the only possibility.

These thoughts are what preserved the statues at Nineveh and Nimrud for so long. They were a symbolic memory of the diversity of human life, of freedom and the inherent human ability to choose.

Culture creates distance. That's precisely why it's a terrible provocation for the IS. The world is losing some of its most valuable cultural treasures. And the Iraqis are losing a piece of their identity.

US general: Escalating air war on IS not the answer

The US military's top officer has called for "strategic patience" in the fight against "Islamic State." Iraq wants the international community to use its air power to prevent the militants destroying priceless artifacts. (08.03.2015)

Opinion: 'IS' attempts to distort the past will fail

Members of the "Islamic State" have smashed Iraqi artifacts from pre-Islamic times as part of their cultural attack on dissidents. But a radical crusade of this kind cannot continue forever, writes DW's Kersten Knipp. (01.03.2015)