Opinion: Images in Gaza are misleading | World| Breaking news and perspectives from around the globe | DW | 23.07.2014

Opinion: Images in Gaza are misleading

Israel is being heavily criticized for its offensive in Gaza. But the images of dead Palestinian civilians are deceptive. They are not victims of Israel, but of Hamas and its ruthless strategy, says Michael Wolffsohn. 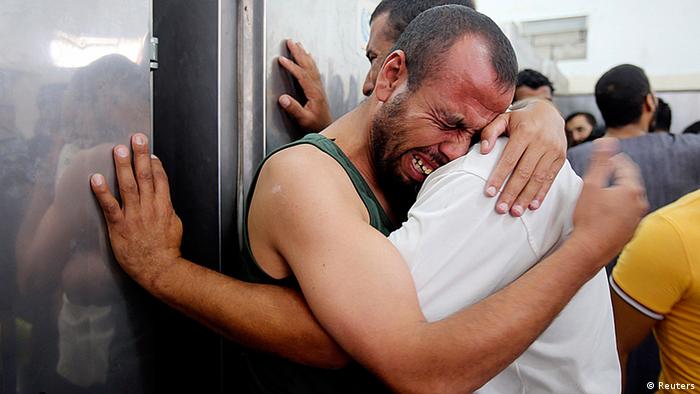 Images of war are deceptive; they are not real. Like most images, they feign a reality; they show an illusion. The images from the war in Gaza show many Palestinian civilians who have been shot. They are appalling and people are right to be outraged, as these civilians are innocent.

But, who is responsible for their deaths? The conclusion many draw after seeing these images is: Israel. Yes, that's the illusion. But the reality is different. Most of the innocent Palestinian civilians are victims of Hamas.

How? Well, it's simple. You only have to know and grasp the essence of guerilla fighting. Hamas, in this case, is David, militarily speaking. Israel is the giant Goliath. From a military point of view, Israel could wipe out Hamas in an instant.

That is why Hamas, like all Davids of this world against all the Goliaths, uses guerrilla tactics. And that means using their own civilian population as human shields and, ultimately, as hostages.

Rockets and other weapons are being fired from pre-schools, hospitals, residential homes or mosques, targeting Israeli soldiers and civilians. Of course, the doctors and patients as well as the nursery teachers and children, presumably also the imams in the mosques, do not approve.

But their views do not count. They are at the mercy of the guerrilla. If they do not comply, they die. So, the guerrilla instrumentalizes these civilan locations. It is the number-one law of guerrilla warfare. And it applies to the conflict in Gaza, too.

The Israeli military, like any military being targeted in this way, now has two options: fire back or do nothing. If it holds fire, the attacks continue. So, Israel decides to fire back. And given Israel's superior military capacity, that leads to devastating consequences, both politically and psychologically. 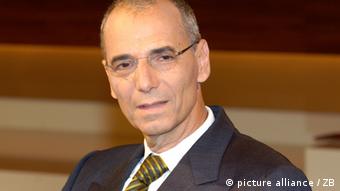 Wolffsohn is a historian and publicist

Terrifying images or casualties among its own civilians and the military. That is the alternative Israel faces, like any country fighting a guerrilla group.

Simply speaking, guerrilla fighters, like those of Hamas, abuse their own civilians as hostages. That way, the enemy - in this case Israel and its army and civilians - who has more military clout, is meant to be morally and politically sapped.

Meanwhile, the guerrilla group, in this case Hamas, wins over the hearts and minds of millions of people watching the horrific images on television. These images are extremely valuable for the guerrilla fighters, they are encouraged by them at all times.

Those are the guerrilla tactics. They use them so they can survive and put political pressure on their enemy - on Israel.

Those who produce these pictures, ie. the journalists, are thus being instrumentalized by the guerilla group - whether they like it or not and often without being aware of the situation.

Of course, the viewers and readers rely on the images and the reporting that these journalists deliver and they believe them. The viewers have seen everything and yet understood nothing.

Most of all, they do not grasp the tragedy of the Palestinian people. Among other things, the fact that in the last 100 years or so, the Palestinian leadership has done a lot to further its own aims and very little to improve its people's well-being.

President Mahmoud Abbas is an exception, but Hamas fits this tragic mold. If things carry on in this vein, Palestinians will not have their own state in a thousand years, and people will claim to know it is because of Israel. There is, after all, a big difference between perception and reality, and images can be very deceptive.

Michael Wolffsohn is a German historian and publicist. He taught at the Bundeswehr University Munich until 2012. He has published several books on the conflict between Israelis and Palestinians.

Hamas and Israel cling to their war aims