Opinion: Handball is not the better version of football

Over the past two weeks, Germany has been gripped by a World Championship-inspired debate: Is handball a better version of football? That's the wrong question, says DW's Joscha Weber. The sport needs something different. 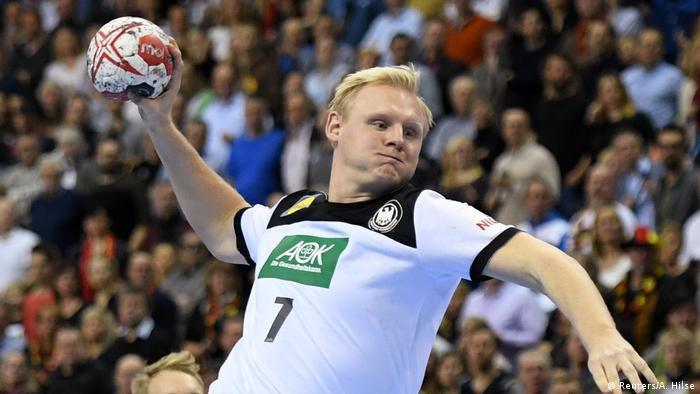 It was once again a case of "so near, but yet so far". Just like their footballing predecessors in 2006, Germany's handball team saw their hopes of clinching a major title on home soil slip through their fingers at the semifinal stage.

Just like back then – albeit on a smaller scale – the national team sparked a wave of euphoria throughout the country. Even German chancellor Angela Merkel lavished praise on Germany's high-flying handball players: "They had us in raptures every single game," she said.

It was a thrill until the bitter end against Norway in the Bronze medal match on Sunday, but what lasting impressions will Germany's fairytale sans-happy ending leave? There are three main takeaways. 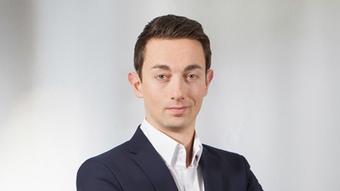 The rousing power of handball

First off, handball has an captivating power that has long been underrated. That's especially true in a nation like Germany where the fast-paced game with the small ball has been a permanent fixture for decades in regions such as Schleswig-Holstein, Ostwestfalen-Lippe and Württemberg. Few other sports can boast of having an arena full of fans on their feet from the second minute onwards.

At the World Handball Championships in Germany and Denmark this month, the energy amongst the crowd was palpable, even in games not involving the two co-hosts. Mexican waves regularly swept through the sold-out stands.

However, while viewing figures hit over 10 million, they highlighted a significant decline in popularity from the last time Germany hosted the World Championships in 2007 when those figures hit 16 million. Since then the magic of handball has been somewhat forgotten – until now.

The latest rendition of the tournament captured the country and, with every passing win for Germany, the hashtag #Handballfieber (#Handballfever) became an ever-increasing feature of social network feeds. The main talking points: Handball's intensity, fast-paced back-and-forth and the exhilarating final seconds were fascinating, while the relatable and authentic protagonists had endearing qualities in the eyes of fans.

Plenty of sports fans aren't used to that anymore, which is why for two weeks the hands managed to steal the spotlight from the feet.

Secondly, the comparisons with football can't be favorable. Because as sure as the final siren sound after 60 minutes, the excitement surrounding handball will wane in the weeks following the competition's conclusion, not just in Germany, but in all the competing nations.

Just to reinforce the point, it's worth remembering that more Germans tune into third tier football than matches in the Handball Bundesliga. Yes, for a good two weeks handball was the hot topic of conversation everywhere from the local Brauhaus to football training with friends.

Structurally though, handball is a long way behind Germany's top sport. The membership numbers, viewing figures, TV and merchandising deals all pale in comparison to the money-making behemoth that is football.

According to German tabloid Bild, a German national team handball player earns €22,437 a month on average. The 23-members of Germany's squad at the 2018 FIFA World Cup by comparison, reportedly average an income of €660,000 per month.

Handball wants to be "the better football" as some fans continue to post defiantly. However, the eternal evaluation against an older brother that can't be surpassed leads to nothing except frustration. Handball needs to concentrate on itself.

Ignore the myth of a "boom"

Last, but not least, handball doesn't need a boom, it needs a sustainable long-term concept. Just like in 2007, during the World Championships on home soil in 2019, fans were calling for an exponential increase in the sport's popularity. The aim wil be to capitalize on the euphoria of the tournament in a bid to let it filter down to the local level remains prevalent. It seems unlikely.

With the exception of regional performance centers, handball doesn't have a big role to play country-wide and that won't change after this World Championships. The 830,000 fans who were in attendance through to the semifinals – a World Championships record – were a great success, but it won't have a major knock-on effect for the Bundesliga.

Over the coming weeks, there may well be a few hundred extra spectators in Magdeburg, Hannover, Wetzlar or Melsungen, but the effect evaporates quickly after a major tournament. A new concept would be more useful: There are more than 750,000 handball players in Germany, but targeted youth development needs to be aimed at increasing that figure.

The German Handball Federation wants to use two thirds of their tournament earnings to reinvest in school and kindergarten projects in an attempt to build a new foundation. This is an attempt to make a playful introduction to the sport at an early age by letting the dynamism and excitement of handball speak for itself. That's the right way to produce sustainable growth and find the potential world champions of tomorrow.