Opinion: Guttenberg′s resignation was long overdue | Germany | News and in-depth reporting from Berlin and beyond | DW | 01.03.2011

The German defense minister announced his resignation saying he wanted to avert further damage to the ministry, his party and the academic community. It was high time for him to go, says Deutsche Welle's Bettina Marx .

Finally! German Defense Minister Karl-Theodor zu Guttenberg has accepted the consequences of his actions and stepped down. After two weeks of mounting criticism of his character, his credibility and his aptitude for this important position, he finally put an end to this degrading spectacle.

It was the media barrage of the past few days that brought him down; it was the protests of academics who labeled him a traitor, and in the end it was the mounting criticism from within his own ranks that left him no other option but to step aside.

A defense minister, who is being attacked in public as a liar and a con man, cannot be tolerated by the Federal Republic of Germany. A leading politician, who antagonizes the whole of the German academic elite, is unacceptable in a country that is often called a "republic of education" by its highest representative. His resignation came far too late. 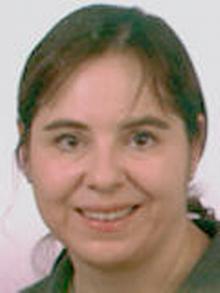 Guttenberg should have stepped down two weeks ago, when it became clear that he had copied parts of his Ph.D. thesis and had fraudulently obtained his academic title. Had he announced his resignation more quickly, as many had demanded, he would have avoided damaging the German political culture, and hence the country as a whole - as he promised in his oath of office. Had he shown real regret and shame, the path back to power certainly would not have been closed to him. But now there is no chance of a comeback. The superstar of German politics, who had managed to fascinate the population and even to enthuse young people for politics, ended up catapulting himself off stage. He set up his own downfall with his unparalleled arrogance and overestimation of his own abilities. He allowed new revelations to come out every day, damaging his own reputation and that of his office. He also made it possible for open speculation about his state of mind. He had to sit by and watch as his sugar-coated resume was torn apart, as a number of steps along his career ladder were proved to be false. In the end only an empty shell was left of the talented young politician, who had been the great hope of his party.

But it's not only Guttenberg who has been damaged by this affair. The German chancellor, who had wanted to keep him in office, even though she should have known better, has also been hit by the scandal. With her clumsy tactics she trod on values like credibility and honesty. Her handling of the crisis belied the maxim of her government, that achievement should be rewarded. As a result she affronted all those who work hard and honestly, in academia or in other professions.

The coalition parties also made a mockery of themselves for supporting the minister with almost embarrassing devotion, even when his downfall was inevitable.

It has been two torturous and shaming weeks for German politics. Unfortunately Guttenberg also failed to find any words of self-reproach or regret in his resignation speech. That's why it is impossible to take one's hat off to him for this decision. He is sadly the biggest disappointment in German politics in recent decades.