The German government has blocked Chinese investors from taking stakes in two German companies. The move is less about protectionism and more about equal opportunities, writes Andreas Becker. As trade ties between the European Union and the United States take a step in the right direction after months of wrangling, the German government has pointed two red cards in the direction of China.

Berlin is preventing a Chinese state-owned company from taking a 20 percent stake in the Berlin power grid operator 50Hertz, and is likely to veto the sale of the mechanical engineering company Leifeld to Chinese investors.

From Beijing's point of view, this could be viewed as the Europeans allying themselves with the US against China, after Washington blocked similar Chinese investments. They may also find Germany's reasons hypocritical: First they complain about increasing protectionism, then they cut themselves off.

Echoing US President Donald Trump's reasoning when he imposed tariffs on foreign steel and aluminum earlier this year, Germany insists its veto of Chinese investment was made on the grounds of national security—  to protect critical infrastructure. 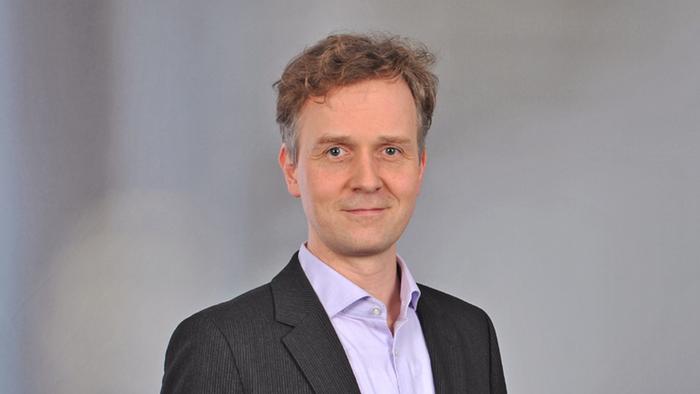 Berlin's argument holds a lot of weight, because it concerns the German electricity grid — in the case of 50Hertz, and materials used in the aerospace and nuclear sectors — manufactured by Leifeld.

Still, the blockade of Chinese investors has little to do with the current trade disputes. Instead, it is an overdue response to the unprecedented shopping spree that Chinese companies have undertaken in Germany in recent years.

Only after Kuka — a robotics and automation specialist — was swallowed by the Chinese Midea group, did a debate really take hold over whether strategically important technologies should be sold to China —  a country outside the EU, a fierce competitor, and one that refuses to adopt Western-style democracy.

Not only that, a country whose strategic plan "Made in China 2025" pursues the declared goal of making its industry the leader in high-tech industries, i.e. the direct competitor of German companies.

China's leaders have defined energy and propulsion systems, biotechnology, medical technology, robotics, aerospace, new materials, information technology and everything related to Industry 4.0 — also known as the fourth industrial revolution — as key sectors for their state-owned giants. And according to a recent study, almost two thirds of all Chinese investments in German companies took place in these sectors.

As a result of the debate in Germany, the government last year amended the Foreign Trade and Payments Ordinance, which makes it easier for ministers to veto investments from non-EU countries.

While Beijing may not be thrilled, it must understand Germany's position. China also protects its key companies from foreign takeovers. There is no equal opportunity if German companies can be bought up at will, but Chinese companies are protected.

In addition, China's state-owned companies, but also its private companies, are not known for transparency. If takeovers are financed through government subsidies and loans, this simply distorts competition.

To stand by and watch strategically-important companies - and thus vital employers - being taken over under these conditions was bordering on stupidity.

Critical companies and technologies across the EU also need to be protected. But while efforts are already underway, there are doubts over whether Europeans can agree on a common strategy — as several EU states, such as Greece, Portugal or Hungary, are already quite dependent on Chinese investment.

Chinese media noted the 'coincidence' between what they called de facto German protectionism and EU-US moves this week to avert a trade war. Meanwhile, some in Germany want a tougher trade stance on China. (27.07.2018)

Qualcomm has dropped its bid to buy chipmaker NXP Semiconductors after failing to secure Chinese regulatory approval. The US giant appears to be the latest victim of a bitter global trade spat. (26.07.2018)

The refrain in Europe has been familiar for a while: the Chinese are coming. Those wondering what exactly that means may be interested to hear what the CEO of one of China’s biggest companies has to say on the subject. (23.07.2018)