Opinion: Gao Yu must be freed!

A Chinese appeal court has cut the jail term of DW correspondent Gao Yu from seven to five years. But the ruling is still unfair, and the veteran Chinese journalist must be released, writes DW's Matthias von Hein. 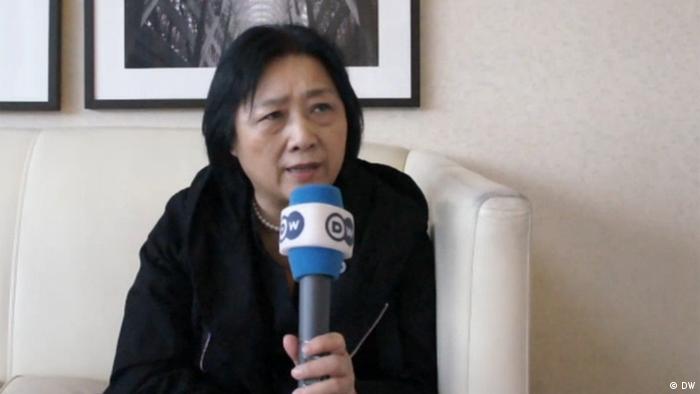 The reduction of Gao Yu's jail term from seven to five years is not enough. Every minute that the DW journalist spends in prison is a minute too long. Gao, who has been working dauntlessly as a journalist for decades, and has already spent too much time in jail.

She was incarcerated for 15 months following the Chinese government's crackdown on a pro-democracy movement in 1989; for six years between 1993 and 1999; and since her most recent arrest in April 2014 on allegations that she betrayed "state secrets." According to her family, the 71-year-old journalist also has serious health problems.

The appeal process began behind closed doors on Tuesday, November 24. Simultaneously, a dialogue on human rights between the German and Chinese governments took place in China.

But while the Germans raised Gao Yu's case, ther response from their hosts was rather cold. Germany should respect the independence of the Chinese judiciary, it was said.

Lately, Chinese authorities have been forcing dissidents into confessing their "crimes" in front of television cameras. Gao, too, "confessed" to betraying "state secrets" on state television on May 8, 2014. But she soon retracted and said that she was pressured into make a confession, as the authorities were putting pressure on her son.

What is more ironic is that the independence of the Chinese justice system is among the topics that the party document warned against. Her "betrayal of state secrets" reportedly consisted in leaking Document no. 9, which made high-ranking party officials aware of seven "dangerous topics" for the party leadership.

Alongside the independence of the justice system, the document warns against topics such as universal rights, civil society, citizens' movements, press freedom, the party's previous mistakes, and privileges for some officials in the country. Neither media outlets nor universities should deal with these issues.

But the justice system did take them up. On a scale not seen in decades, the authorities set out to arrest bloggers and lawyers. Over 100 of them are currently in jail along with Gao Yu.

And in a more recent move, some 300 lawyers, human rights activists or their relatives have been either arrested or placed under house arrest. Some 30 people are still believed to be in jail. This is anything but rule of law. And it is certainly not the rule of law foreign investors and business partners are expecting.

Rule of law would also exclude collective punishment - a practice seen in 21st century China. This is evident in actions such as the amount of pressure exercised on Gao Yu's family or the years-long house arrest imposed on the wife of jailed Nobel Peace Prize laureate Liu Xiaobo.

Ever since coming to power three years ago, Chinese President and Communist Party leader Xi Jinping has accumulated more power than all of his predecessors since Deng Xiaoping. But all hopes that Xi would use this power to implement political reforms have been dashed.

On the contrary, the Communist Party gives the impression of being a behemoth with feet of clay, as it apparently feels threatened by a 71-year-old woman. As long as the Party refuses to engage in open discussions, Xi's often-evoked "Chinese dream" will turn into a nightmare.

Have something to say about this view? Add you comments below. The thread is open for 24 hours from posting.

An appeal court in Beijing has sentenced DW correspondent Gao Yu to five years in prison for betraying state secrets. Her lawyer, Mo Shaoping, talks to DW about the verdict and Gao Yu's future course of action. (26.11.2015)

A Chinese court will rule on the appeal of journalist and former DW correspondent Gao Yu on Thursday. Gao was convicted to seven years in prison for selling state secrets. (24.11.2015)