Members of the G20 have lost much of their trust in the eurozone states due to the unexpected political crisis that erupted in Greece this week, writes Deutsche Welle's Henrik Böhme.

French President Nicolas Sarkozy wanted to write history. At the summit of the 20 most powerful countries in Cannes, ideas for a new world were supposed to be discussed. Commodity speculation and financial jugglers, for example. But the meeting turned out to be very different. The G20 summit did write history, in a way, but a completely different version than was planned.

Never before has a meeting of the G7, later the G8 and now the G20, seen such chaos. One had the feeling of being in a single place where a multitude of summit meetings were underway simultaneously. Badgered state leaders scampering from one crisis meeting to the next, from morning to midnight. Meetings were rescheduled and canceled every hour. It was a triumph that all 20 leaders even managed to sit at the same table for a moment. All this because of a small country on the southeastern edge of Europe.

The unilateral decision by Greek Prime Minister George Papandreou to allow his country to vote on the EU rescue package was the prelude to the most turbulent week Europe has experienced in a long time. After the initial shock, a furious Nicolas Sarkozy realized he would have to throw his plans in the trash. A hectic crisis management began. Soon all the guests from around the world were already on their way, from the United States, China, India, Brazil, Russia and elsewhere. They would eventually ask the question: What is the matter with good old Europe?

Decisiveness was announced - and it was demonstrated at least to Athens. In her anger, the Europeans - finally, one must say - broke a taboo: In order to save the euro currency, the Greeks may have to leave it behind. 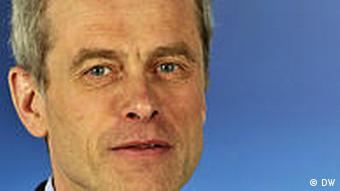 Henrik Böhme is a business editor at Deutsche Welle

Despite these clear words, the Europeans did not make a good impression. Indeed, they gambled away a huge amount of trust.

The Chinese and other powerful investors will now think twice before buying up European government bonds. They ask the simple question: 'Why do you all have one currency and one central bank, but 17 sovereign national budgets in the eurozone? That can't work at all.'

Yes, the Europeans must back down and recognize that this is a construction mistake that must be corrected.

Despite this confused mess, the G20 was able to make some progress on global issues that were almost completely overshadowed by the crisis in Greece. Initial steps were taken to restrict the speculation on food markets. There are also plans to extend the regulation of financial markets to shadow banks, where hedge funds and other institutions operate increasingly outside of the banking sector. These shadow banks conduct up to a quarter of the world's financial transactions nowadays, completely uncontrolled and therefore highly risky.

But reigning in the financial markets, which the G20 announced during its first summit in Washington three years ago, has proven to be extremely difficult. In any case, the world's largest banks now have to organize themselves in such a way that, should they go bankrupt, the taxpayer will not have to rescue them. That's at least one positive outcome from Cannes.

Admittedly, the G20 did not get around to much of its agenda. Summit participants simply did not have the time for issues such as global hunger and climate change. The prospects of a global financial transaction tax were also reduced to virtually nil, more of an embarrassing footnote in the summit's concluding declaration than anything else. Perhaps the eurozone states can find a way to introduce such a tax on their own.

But the problem at the moment is that they have too many other concerns because Europe's terrible crisis still has not been solved despite the days of crisis talks.

The next ticking time bomb lies right next door to Cannes: Italy.

The world's 20 largest economies met for a final day of crisis talks in Cannes, where they wrestled with a global shift from the developed nations to powerful new emerging economies - and irritation from the eurozone. (04.11.2011)

As Italy comes under increasing pressure from financial markets and its eurozone partners to bring its national debt under control, Rome has agreed to international monitoring of its steps toward economic reform. (04.11.2011)

With its traditions of neutrality and nonalignment, Indonesia has had to tiptoe around the Ukraine war debate. Pro-Russia sentiment in the region complicates Jakarta's foreign policy challenges.

The ECB bank has raised key rates by 50 basis points, more than it had signaled. The hike could hurt its credibility as being predictable, but that's a small price to pay in these unusual times, says Ashutosh Pandey.

From BRICS to G7, Narendra Modi seems to be everywhere. The West wants India as a strategic partner, while Russia sees it as an economic ally. DW's Isha Bhatia Sanan asks what India might really want.