The Socialist Party in France has elected Benoit Hamon as its presidential candidate by a large majority. This is a swing to the left signaling that the party has abandoned any wish to govern, writes DW's Barbara Wesel. 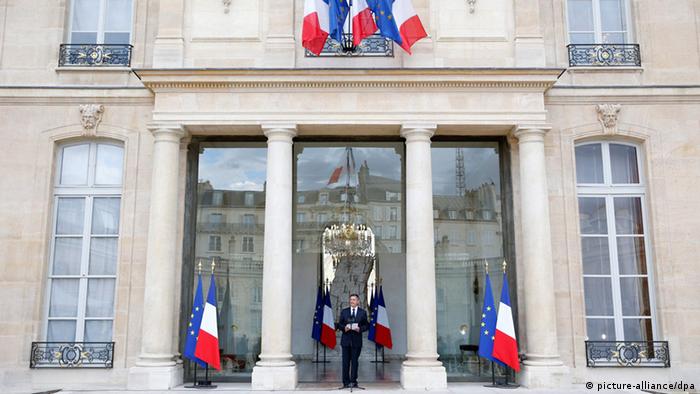 By electing Benoit Hamon, France's Socialists are in keeping with current international trends. As was the case with the leftist pole of the US Democrats and Bernie Sanders and the Labour Party in the UK with Jeremy Corbyn, in their choice they have disregarded political prudence in favor of pure dogmatic ideology.

The French Socialists, too, want to be able to give themselves over to their dreams once more: of a political future where there is a radical redistribution of wealth and an end to the market economy.

The struggle around political principles that has torn the French Socialists apart in recent years and made it largely impossible for President Hollande to govern has now been settled with the selection of Benoit Hamon: The party is taking a sharp turn to the left. Hamon has been touting, for example, a tax on robots and a universal basic income. This panders to the French longing for an all-round governmental care package. And in theory, this candidate is indeed on track for some time in the future - except that his ideas have come 10 to 15 years too early.

This is because the French economy is still not very competitive and far from being settled enough to support such a radical kind of wealth redistribution. It continues to suffer from structural weaknesses, relies too heavily on a few large branches of industry and stifles the creation of medium-sized innovative companies through excessive regulation. After five years of Socialist governance, the job market is as inflexible as it always has been.

As the governing party, the French Socialists have not achieved what the German Social Democrats did: They have not managed to reduce the excesses of the welfare state back to manageable proportions, or to convince French citizens that this is the sensible thing to do.

A farewell from governmental responsibility

With the decision to shift to the left, France's Socialists are saying farewell to their history as a governing party. It is the end of the old dual-party system in which the conservatives and the Socialists took turns being in power. Polls predict that Benoit Hamon will get less than 10 percent of the vote in the presidential election in spring. His party, however, would rather enhance its left-wing political profile than retain any ambition, however theoretical, to become the next government. It is deliberately choosing the path into the political wilderness in the vague hope that there will be a revival of its ideals in the future.

But a glance at the desolate condition of the Labour Party in Britain, whose election chances have fallen to an all-time low, should be enough to deter them from this path. And the fact that the German Social Democrats have taken a different tack and once more selected a politician with centrist appeal does not seem to have impressed French Socialist party strategists.

An opening for Emmanuel Macron?

The whole configuration of the political landscape ahead of the French election has fundamentally changed. The recent weakening of conservative candidate Francois Fillon's position has also played a role here. He is struggling to retain his image as Mr. Clean amid the scandal surrounding his wife's employment. In recent polls, the independent candidate Emmanuel Macron appears to pushing ahead. With his platform of a Europe- and business-friendly course of reforms, he may even have a real chance of a first-round victory over Marine Le Pen.

Many French commentators are expecting that prominent Socialists will now get behind Macron, because they do not support the party base's swing to the left. With three months to go until the election, the result is still anyone's guess. But three months is a long time in politics, as can be seen by Francois Fillon's rapid rise and equally rapid fall. There is a lot that could happen until the first election round at the end of April. It is an exciting race with an unpredictable outcome. You would be well-advised not to place bets.

Have something to say? Please leave your comments below. The thread will automatically close after 24 hours.

WHO: Vaccine mandates should be 'last resort' 2h ago