Blockade, stalemate, bluff: Just like in classical drama, it is hard to find a way out of the debt crisis, writes DW's Bernd Riegert - even if there is one. 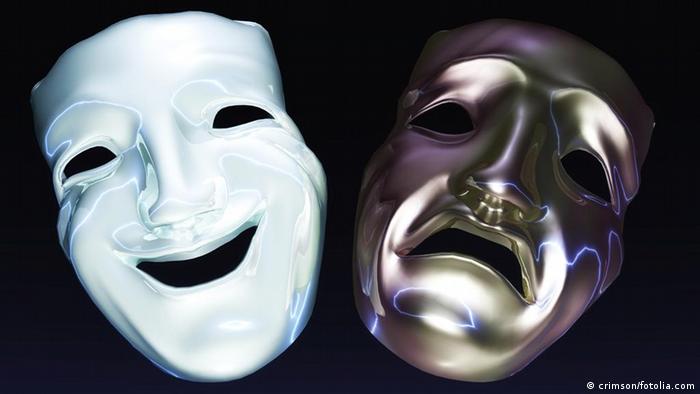 Greece will not exit the European Monetary Union. Period. Chancellor Angela Merkel spoke these words at the crisis summit with Greece on March 19. Other summit participants have by all means understood this as an order, as an instruction - and not simply as wishful thinking. Germany wants Greece to remain in the eurozone, and not just because the country's left-wing, right-wing coalition government has a compelling plan, but also because Europe cannot afford to lose its weakest link. The credibility of the monetary union would be gone. The euro's exchange rate would plummet. European integration would be hit hard.

Germany, above all, supposedly economically and politically dominant in Europe, would be made responsible for the disaster - by the Greeks in any event, but also by many other European governments and international observers of the tenacious drama. Chancellor Merkel would like to avoid this at all costs. Blaming Germany, unfairly and unjustifiably at that, is not allowed.

That's why the tragedy is still playing out in Brussels. Greece is threatening with its own bankruptcy, and, to add it to it all, has submitted an insufficient list of reform proposals. The euro nations have rejected the lists and almost completely cut off the money supply to increase pressure. Right now, Athens cannot even sell short-term government bonds. The European Central Bank has stopped printing for Greece.

Both sides are blackmailing each other, despite assertions of the contrary. The audience moans and shudders, in the true style of a real tragedy. Only the question is: When will catharsis take place, redeeming the audience - or in this case, the European taxpayer? Greece needs money, and is threatening to exit the euro as a last resort. The eurozone needs Greece, and is trying to starve the government in Athens. The actual victims are the Greeks themselves. Economic growth has shrunk to zero, tax revenues are down, and money is being deposited abroad. The confidence of investors is now below zero. How long can this last?

The Greek government could either deliberately avoid their obligation to pay, and then Hellas would automatically be kicked out of the euro. But the eurozone will not let things go that far, and the ECB (European Central Bank) could provide some emergency money again. A last-minute rescue loan could be set up. The debt dispute would then be extended over and over again. On the other hand, Greece could just give in and finally fulfill the requirements of international lenders. That would be a financial solution to the problems, but the days of the left-right radicals in government in Athens would then likely be numbered, due to the outrageous election campaign promises they could not keep. There would be a risk of new elections and continued political chaos.

The plots for Greece, being mulled over in Brussels, unfortunately end like all Greek tragedies: the hero falls.

And right now, it is just a matter of a few billion euros to hold Greece over for next few weeks. The really big part comes this summer. Then, a third rescue plan for 20 to 40 billion euros has to be prepared - or a little more, if the government in Athens forfeits more confidence. These last days of March are thus, merely, the first part of the tragedy. The real Greek festival takes place in the summer.

Unless Angela Merkel changes her mind and does abandon Greece.