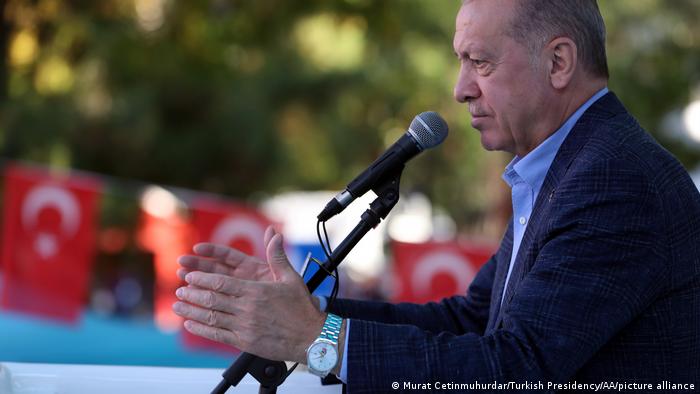 If the opposition parties maintain their unity, Erdogan could have a difficult time getting reelected in 2023

Every time there's a fresh problem with the Turkish economy — indeed, every time Turkey is in the headlines for whatever reason — it's only a matter of time before a completely incomprehensible reaction from Turkish President Recep Tayyip Erdogan arrives.

This was the case most recently on Saturday, when Erdogan announced that he had instructed the Foreign Ministry to declare 10 ambassadors "persona non grata," the first step before expulsion, after they called for the release of philanthropist and activist Osman Kavala.

It's obvious that Erdogan not only loves stirring up conflict with the West, but also needs it. After all, why else would he mess with his most important NATO partners, the United States, France and, above all, Germany? And this, less than a week after Angela Merkel made her final visit to Istanbul as German chancellor when the two leaders almost exclusively praised the German-Turkish relationship. That praise appears to have only been lip service, at least on Erdogan's part.

West is always to blame

Turkey's president is once again using a tried and tested tool to deflect attention from his problems. The latest poll results show that Erdogan's ruling AKP party has lost massive support, with just under 30% saying they would support him in an election. Erdogan reacted to this bad news with savage insults directed at the opposition parties. 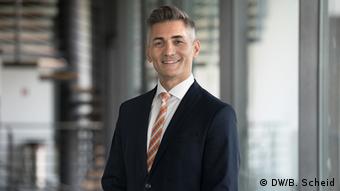 Then, on Thursday, the Paris-based Financial Action Task Force (FATF), the international task force against money laundering, announced it was officially placing Turkey on its "gray list" over its failure to fight money laundering and terrorist financing. The move was met with slight price fluctuations on the Istanbul stock exchange. However, when the Turkish Central Bank abruptly, and surprisingly, lowered its key interest rate, foreign exchange rates collapsed and the Turkish currency saw its sharpest decline in decades.

This shows, once again, that the greater the domestic pressure piled on Erdogan, the stronger his reaction — and always against the West. And so, the joint appeal by the 10 ambassadors calling for a speedy resolution to the case of the civil society leader Kavala suited him just fine.

A strongman in a desperate situation

This isn't the first time that Erdogan has taken on the West. But this time, he has really gone too far. After Kavala was jailed on flimsy charges in 2017, he was accused of supporting the Gezi Park protests that sparked nationwide demonstrations in 2013. He was acquitted of these charges by one court, but a few hours later another court convicted him of being the mastermind of the attempted coup in 2016. It's more than obvious that these accusations are utterly far-fetched.

The European Court of Human Rights also ruled that there are no grounds for Kavala's continued detention, and has demanded his immediate release. Erdogan rejected the ruling, which is why the Turkish court also stuck to its decision — confirming once again that Turkish courts only make decisions according to the president's instructions. The idea that Turkey has an independent justice system, which Erdogan has repeatedly claimed, could not be further from the truth.

It's particularly significant that young people, those under the age of 25, would rather support other parties than that of the president. Unemployment is rising, refugees living in Turkey are increasingly being seen as a threat — and a president who is visibly in poor health is no longer seen as a hero.

If the opposition parties maintain their unity until the next scheduled presidential election in 2023, Erdogan will have more than a difficult time getting reelected. If, however, the opposition splits, that will play into the president's hands.

Whatever the future holds, right now Erdogan still has his hands full trying not to anger Western allies even more.

Turkey has purged and arrested tens of thousand of people all because of one man blamed for the July 2016 coup attempt: Fethullah Gulen. Who is Turkey's public enemy number one and what do we know about his organization?

Back to Erdogan's Istanbul roots

Istanbul has always been one of the most important places for Turkish President Recep Tayyip Erdogan. Kasimpasa, his old neighborhood and his birthplace, continues to stand behind him.

Germany prepares for omicron wave to worsen 31m ago

Yemen: Over 100 killed and injured in Saudi airstrike on prison 2h ago

Opinion: Nuclear energy too costly for humans — and the planet 6h ago