Ugandan lawmakers have challenged the legality of the long-awaited East African e-passport, stalling launch preparations. This highlights the strains within the EAC, says Ugandan writer and blogger Eric Mwine-Mugaju. 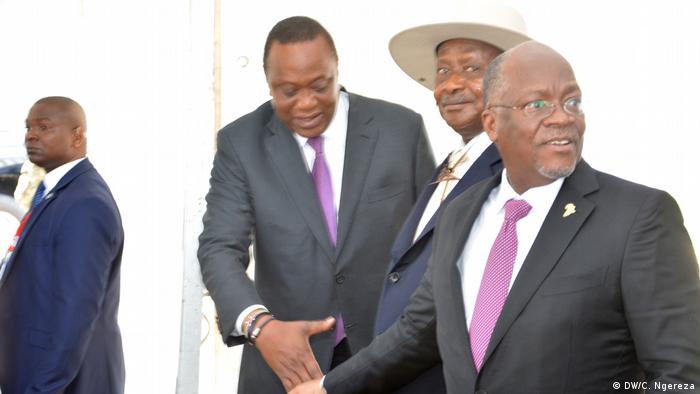 The regional passport is a key element of the EAC's vision of free movement and free trade across the region. It will be used by citizens of the six EAC member countries (Burundi, Kenya, Rwanda, South Sudan, Tanzania and Uganda) where it will replace national passports. This flagship project to promote unity and trade between EAC members is already overdue, and compared to more ambitious plans, such as a common currency, it should be a relatively simple policy to roll out. But this seems not to be the case.

For security and effectiveness, more countries are moving towards passports with biometric identification. Ugandan lawmakers argue that a requirement for such passports to be standard across the EAC is simply bowing to conformity and that the costly e-passports will not bring any added value to users. On top of this, only a small percentage of East Africans are passport holders, they say.

This stand annoyed fellow EAC members but it is not the only issue to fuel suspicions.

For example, the East African tourist visa is a scheme, launched in 2014, which allows the holder to move freely between Rwanda, Uganda and Kenya multiple times for 90 days at no extra cost. Tanzania chose not to adopt the tourist visa, thereby provoking its neighbors. It also drew attention to itself as a geographical – some might also say ideological – outsider in the region.

Geography is a factor likely to cause problems, especially for Tanzania. Due to its location, the country is also a member of the Southern African Development Community (SADC). This means that Tanzania can potentially be in two common markets, SADC and EAC.

If these two blocs were to adopt different trade agreements, this could pose significant legal challenges. For example, if SADC decided to pursue a customs union similar to that of the European Union, then its EAC neighbors would not engage in free trade with Tanzania. Then there is the question: If SADC  were to issue its own e-passports, which one would Tanzanians use? 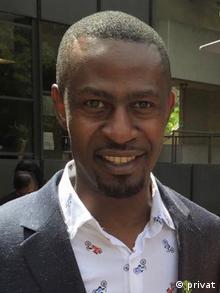 After landlocked Uganda discovered oil in 2006, Tanzania was surprisingly chosen over Kenya to host the pipeline that would facilitate the export of crude oil. Historically, Uganda had preferred to use Kenya's port of Mombasa for most of its imports. On July 1, 2010, EAC members had signed a Common Market Protocol, an agreement that provides for "four freedoms" – the free movement of goods, labor, services and capital within the EAC. But if the EAC, to which Tanzania also belongs, were to create a customs union and introduce a common external tariff for non-SADC member states, then Uganda would end up paying taxes agreed by SADC rather than benefiting from the EAC Common Market Protocol.

Returning to passports and freedom of movement, there is also great disparity between EAC members in terms of immigration policy. Uganda, with its open-door asylum policy, hosts more than 1.4 million refugees, many from EAC partners such as South Sudan and Rwanda. Likewise, Kenya has always encouraged the free movement of EAC nationals. Tanzania has sometimes been more cautious and seemingly views Uganda as using the EAC to export its surplus unemployed labor to Tanzania, while Kenya is seen to be using the EAC to export surplus manufacturing export goods to Tanzania.

The emerging nationalism in Tanzania under President John Magufuli  differs from the original vision of Pan-Africanism under founding president Julius Nyerere. This seems to have been left in the dust while the deportation of East African nationals is now frequent. Even with EAC e-passports in place, the period for staying in a particular EAC country at one time is still limited to six months.  Leaders must take responsibility for managing perceptions if they wish to avoid the anti-immigration rhetoric that has been seen in some parts of the union, such as the recent deportation by Tanzania of Kenyan nationals as illegal immigrants.

Can the EAC vision become reality?

Trade wars between Kenya and Tanzania occur frequently. Authorities in Tanzania recently impounded and burned 5,000 live chicks. The import of carrots was given a blanket ban in the name of protectionism, with Kenya then counter-banning the import of Tanzanian wheat. This is against the spirit of the Common Market Protocol, an agreement that is supposed to officially bind the EAC together by allowing free movement of goods, labor and capital across the region.

Suspicion and blame games are not reserved just for the big three EAC players. The government of Burundi recently said that Rwanda was an "enemy country" and, in a letter to President Museveni, accused  its neighbor of harboring elements hostile to its government. Yet Rwanda's president Paul Kagame is next in line to take over from Museveni as the leader of the EAC. Rwanda and Uganda have traded accusations of fueling destabilizing elements. It has also been claimed that Uganda wants to push Burundi out of the union because of non payment of membershuip fees.

The e-passport is just one small part of the EAC's vision, one that might not see the light of day if the issues of greater importance are not resolved.