Opinion: Don't discredit the ICC, build it up 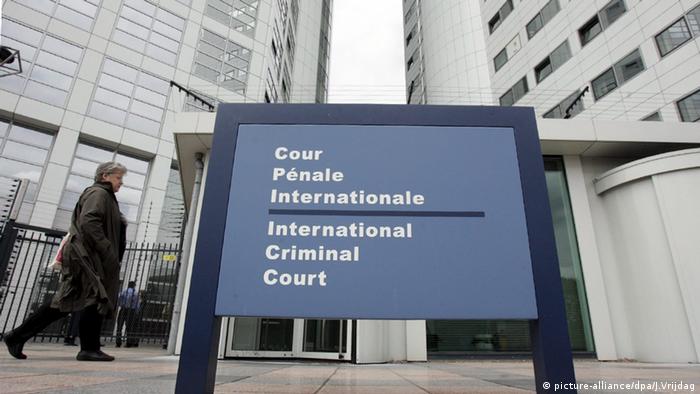 Three African states have announced that they will be withdrawing from the International Criminal Court (ICC). It is a regrettable mistake but it does not mean that the court is incapable prosecuting grave war crimes or that it is a superfluous institution. Burundi, The Gambia and South Africa have accused the tribunal of victor's justice for white people, which is absurd when you look at the cases brought to trial and the court's jurisdiction. In many situations, the states themselves called in the court because local judicial systems were overwhelmed with indictments. The ICC is a "last resort" court that has jurisdiction when all other paths to attaining justice have been obstructed.

African leaders have quite obvious reasons to fear the tribunal, which can also prosecute state leaders in office. That is why they have turned against the international court, which was founded 14 years ago at a conference in Rome. Of course it would be desirable for the court to work more intensively in other parts of the globe. To do so, however, countries in the Middle East, the USA, Russia or the Ukraine would have to join the ICC. They have not yet done so because their political elites fear prosecution. 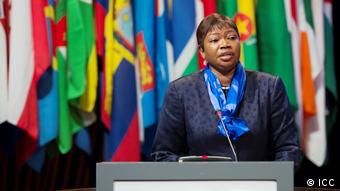 The USA, Russia and China should join the ICC

The tribunal and its chief prosecutor, Fatou Bensouda, who comes from The Gambia, are only as powerful as the global community makes them. Demands to sentence some whites occasionally in exchange for permission to work in Africa are not valid.  They would not undo the crimes in Africa, but instead, let the crimes of the guilty go unpunished. One cannot set off injustice in Afghanistan with possible injustice in Sudan. Besides, the tribunal does not have its own police or law enforcement authorities to carry out investigations and enforce sentences. It relies on cooperation with local state authorities. This cooperation is what 124 states have voluntarily agreed to.

It would better for the ICC to take action against war crimes that may have taken place in the Ukraine, Syria, Afghanistan or Iraq. But the international community is not that forward-thinking. The tribunal must not be criticized and then abandoned amid great protest. The states that have not accepted its verdicts should be criticized. The USA will continue to reject the ICC because it demands worldwide immunity for its soldiers. Russia does the same and has also never been an actual member of the international tribunal. The "withdrawal" that was announced a few days ago because of investigations in Georgia was only a Kremlin PR stunt. 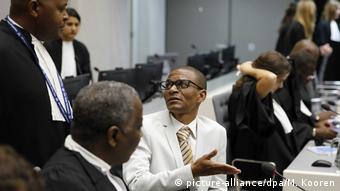 Narcisse Arido of the Central African Republic sits in the courtroom of the International Criminal Court, 19.10.2016

The chief prosecutor's investigations are running in Afghanistan. It is highly unlikely that any cases will be brought to trial. Many of the accusations have already been dealt with in Great Britain, Poland, Germany and the rest of Europe. European courts have prosecuted the smuggling of terror suspects and passed down sentences. Now, it will be hard to establish the court's jurisdiction as the last resort for victims of war crimes. Nonetheless, it is a good thing that the chief prosecutor has launched investigations in conflict zones around the world. It shows that she is not biased and only investigates African cases.

African human rights lawyers have been questioning how it is possible that the numerous conflicts and civil wars in Africa could bring about great injustices that nobody deals with except the ICC. Could it be that many African states have no rule of law? The African union has agreed to establish its own tribunal for Africa. That would be more than welcome if it happens. However, the court would spare government leaders in office and high-ranking officials. That would greatly restrict its possibilities. That is why the international court is needed. It must be expanded and its mandate must be reinforced, instead of burdening it with unreasonable demands.

Opinion: Is Africa attempting to undermine the credibility of the ICC?

Member states of the International Criminal Court are beginning their annual meeting in The Hague. Three African states are leaving the court, but it is still needed writes Tanzanian analyst Anaclet Rwegayura. (16.11.2016)