The final decision has been made in the case of Novak Djokovic: The Australian Open will take place without the Serbian. This entire saga has had many losers, writes DW's Andreas Sten-Ziemons.

A week ago, Australia's prime minister, Scott Morrison, had — more or less — the last word on the Novak Djokovic case: "Rules are rules" and they also apply to the best male tennis player in the world, whether it's convenient for him or not.

Djokovic is — even before the tennis at the Australian Open in Melbourne starts — one of the biggest losers in all of this. Sadly, his actions have also resulted in collateral damage, because even the reputation of the Australian authorities, the tournament organizers and the world tennis association have all suffered scars during the endless Djokovic saga.

The breaking of a lie

You want to believe Djokovic landed in Melbourne certain his documents were sufficient for entry. When it turned out that this wasn't the case, everything became abstruse.

Then there was news of a positive COVID-19 infection that the tennis star had recovered from. However, there were discrepancies about timing of the positive tests. This was followed by a public apology, as someone who had tested positive for the virus would have been well advised not to meet with a group of children or jounalists.

A lie almost always leaves a trail and eventually the construct of it falls apart.

It would not be a surprise if the Serbian soon back-pedalled and had to admit that his test was falsified in order to avoid prosecution for violating COVID-19 regulations in Serbia and Spain. Although, further investigations due to forgery of documents and deception could well see that come to pass. 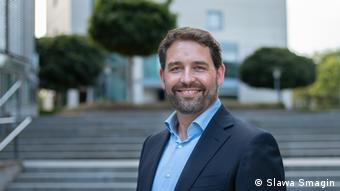 No grip on reality

Novak Djokovic appears to live in his own universe, where he is the sun around which everything turns. That back home in Serbia he is celebrated like a saint and his fans protested for his "release" certainly doesn't help him keep a grip on reality. Statements from his father that his son has been crucified like Jesus also don't help.

Australian Immigration Minister Alex Hawke's decision to revoke Djokovic's visa was a return to reality. It is a shame that Djokovic and his team failed to realize this fight couldn't won and instead went ahead with an appeal, but it was good that was also eventually denied.

"We have all followed the rules in order to get to Australia and to play at the tournament," Djokovic's rival Stefanos Tsitsipas said in an interview with Indian channel WION. "A very small minority has decided to go their own way, leaving the majority somehow looking a bit like idiots."

The Greek is wrong in this case. The idiot in this story is Novak Djokovic.

Serbian tennis star Novak Djokovic was seen posing with about 20 young tennis players in Belgrade a day after he allegedly tested positive for COVID-19. This test plays a key role in his Australian Open visa dispute.